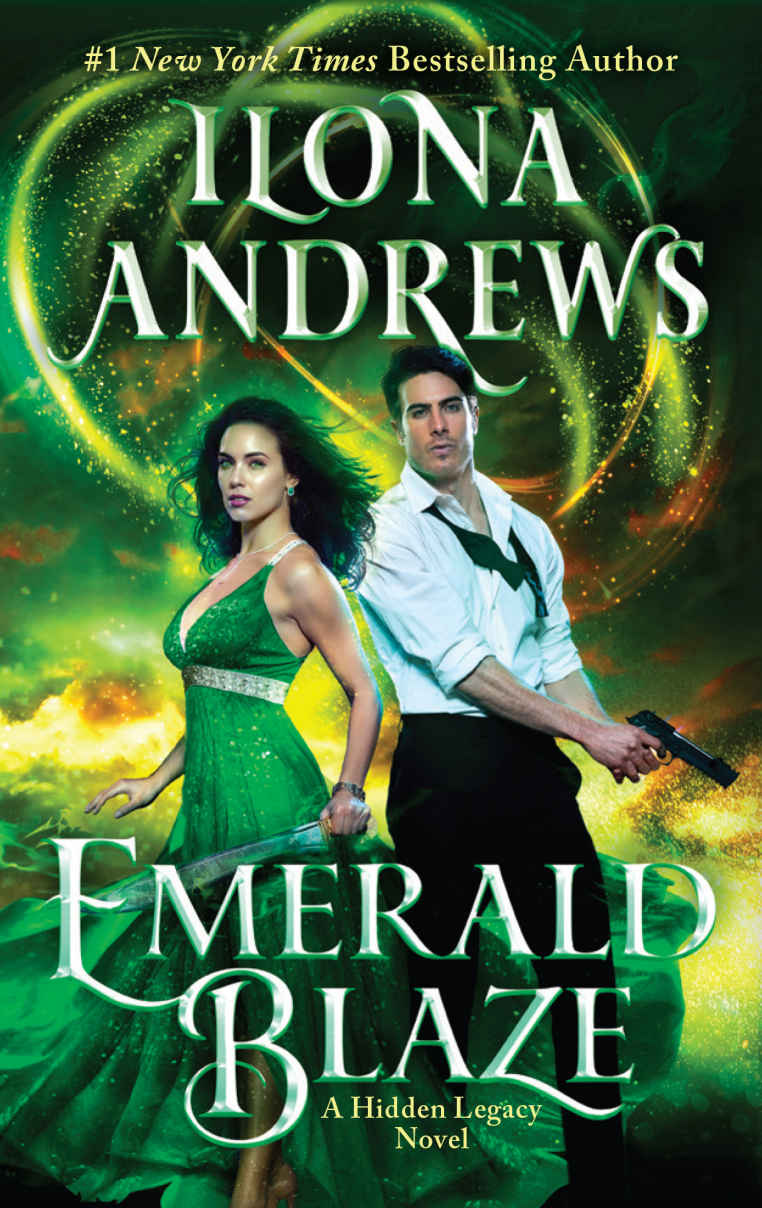 lona Andrews, #1 New York Times bestselling author, continues her spellbinding series set in the Hidden Legacy world where magic controls everything…except the hearts of those who wield it.

As Prime magic users, Catalina Baylor and her sisters have extraordinary powers—powers their ruthless grandmother would love to control. Catalina can earn her family some protection working as deputy to the Warden of Texas, overseeing breaches of magic law in the state, but that has risks as well. When House Baylor is under attack and monsters haunt her every step, Catalina is forced to rely on handsome, dangerous Alessandro Sagredo, the Prime who crushed her heart.

The nightmare that Alessandro has fought since childhood has come roaring back to life, but now Catalina is under threat. Not even his lifelong quest for revenge will stop him from keeping her safe, even if every battle could be his last. Because Catalina won't rest until she stops the use of the illicit, power-granting serum that's tearing their world apart.   AMAZON LINK

Outstanding, is one word I would use to describe this book.  It has a dramatic start and kept me, on the edge of my sear throughout.  Not only does it have a dramatic start but the finish didn't disappoint when it came to a dramatic ending. I loved every minute of it.

Since I have read other books in the series, I can honestly say that once AGAIN it had great world building and depth of characters, powers, houses of power and creatures. It was also helpful that there was a reminder of Catalina and Alessandro's history.  Helpful to me since it's been a while since I've read the previous books and helpful for anyone new to it.

The story about the Audrey's made me smile.  But there was also tragedy's connected to each one of them as well, so the smile didn't last too long.

Catalina notices that Alessandro seems to be different this time around.  And I began to see that as well. He's starting to be more open to Catalina's questions than he's ever been before. It's some big secrets that he's been hiding and it was quite the shock to me too.  They are slowing being shared, almost like an onion being peeled back.

There is PLENTY of action in this story of course. Catalina's family members are pretty involved too because they really do have her back.  I liked them and their family interaction.

The dangers coming at Catalina is coming from more than one direction and the hits just keeping coming.  One of those threats is from her evil grandmother; a very dangerous woman.

There is a monster in "The Pit" that is bigger than life and well drawn.  There were a couple of times when the science of created beings (monsters) got a little bit heavy for me but it wasn't often.  Plus the story was so good, I couldn't stop.

I liked how the story ended.  Also something happens at the end of the book. hat also left the door open for further adventure if you dared!

By the way I thought this eBook cover was Amazing!