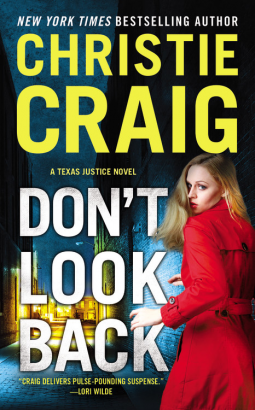 FBI agent Bree Ryan's latest mission is personal. She's posing as a waitress at the Black Diamond strip club, the same club where her estranged half sister worked until she turned up dead. When Bree's undercover assignment is compromised, she turns to the only man she knows who can help her: Connor Pierce, a too-sexy-for-his-own-good, rule-breaking cop with a knack for solving cold cases.

When someone breaks into Bree's apartment, Connor's detective skills aren't the only things that kick into overdrive. Although his job demands he remain detached, now he finds himself tempted not only by Bree's beauty but also her intelligence and bravery. As the investigation -- and their attraction -- grows more intense, lives are in jeopardy, and Connor finds the most important rule he must break is his own. But can he put his heart on the line?  AMAZON LINK

This was a good story, with good main characters and supporting people too. I liked it and found it a really full story.

Both Bree and Connor had in-depth portrayals of who they were.   And also how much they had gone through both personally and professionally.  It was easy to care about them and get drawn into the story.  Bree had quite an unusual upbringing that included Eliot, an ex-Special Forces man.  He became her "father" in every way that mattered.  It was by choice rather than blood.

Connor's past had him all tied up.  From not only a case that went bad but also from a marriage that did too.   He's not really ready to open his heart to more possible pain but Bree is definitely pushing his boundaries.  I liked that and that they made a good team, when they could.

There were a couple of things that needed resolving when it came to some crimes.  They do get resolved but not without danger and a whole lot of twists and turns.  It really kept things moving.

There was one surprise that came later that caught me off guard. All, I'm going to say is that a baby shows up.  Okay, all done on that, that's all you get.

One thing I noticed that was kind of humorous was when Connor identified himself (even to fellow officers) they never shook his hand.  Oh, he offered his hand, but got zip.

I also liked how the story ended and I was satisfied indeed.