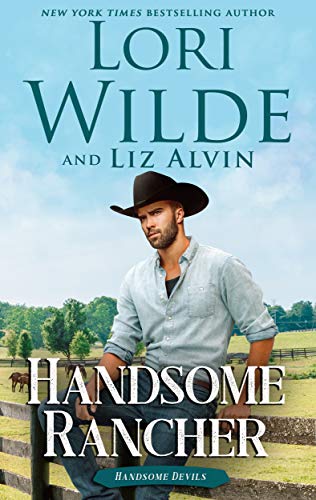 Chase Barrett, is on the bachelor block thanks to his matchmaking sister, Leigh. She’s determined to do away with her three overprotective brothers—but in the nicest possible way!

She’s got Megan Kendall finally doing something about her hidden, long-held feelings for Chase—the rancher’s always insisted there’s no such thing as true love. But will Megan and the Barrett family turn Chase into a true believer instead?  AMAZON LINK

This was a sweet, charming at times funny story.  I can't say it was a favorite of mine but it did have some moments. I can't say it really grabbed me as much as I would have liked.

I did like that Megan began to change things up.  Instead of being polite like she'd been raised, she began to rock the boat.

Chase although he'd been a good friend to Megan was almost unbelievably clueless.  Even for someone who seemed to know his way around women.

Chase has two brothers who add to the drama a little bit.  But it's really Leigh, Chase's sister who really mixes things up.

There is a H.E.A. and a excerpt to: Handsome Boss.