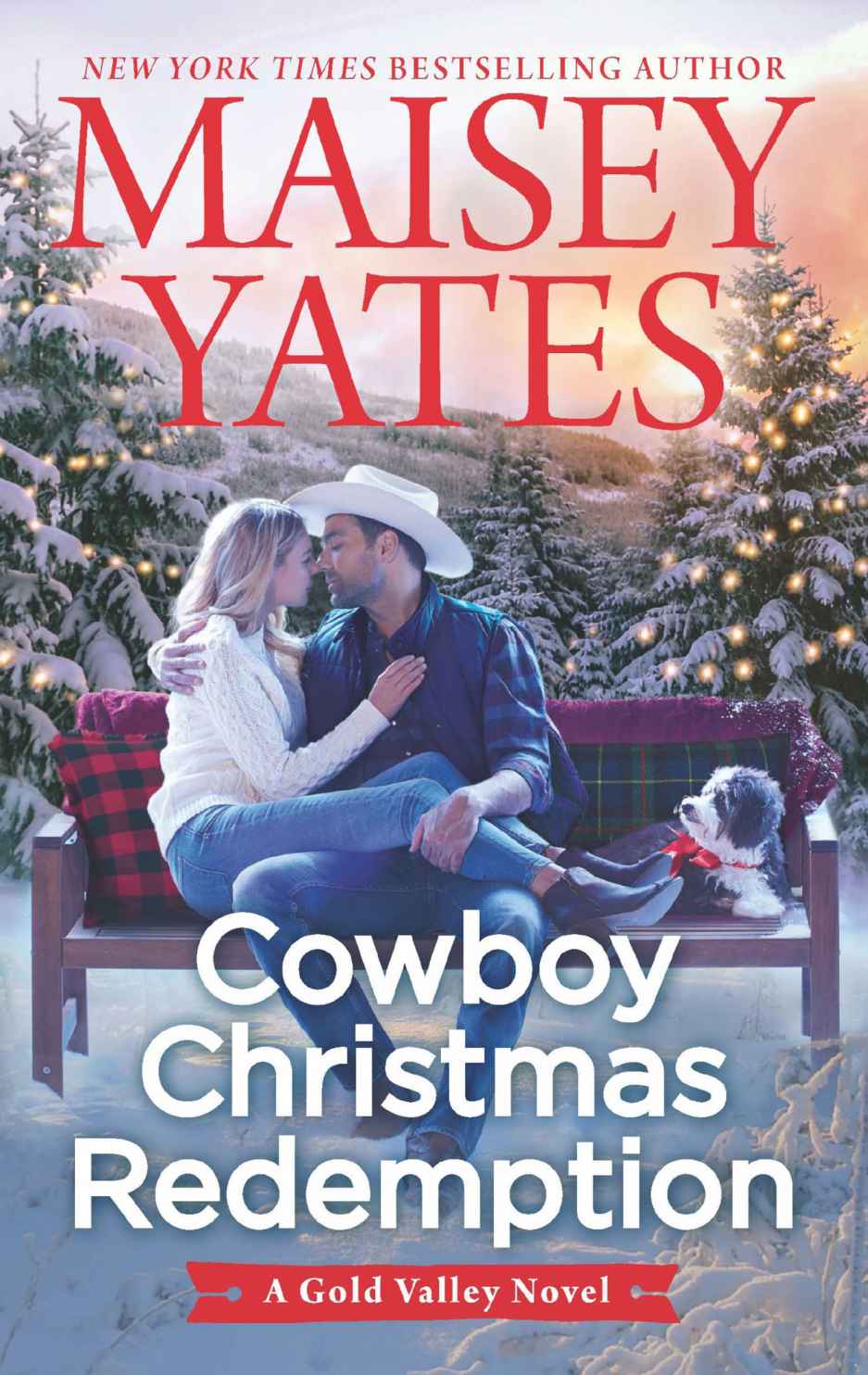 Celebrate the magic of Christmas with New York Times bestselling author Maisey Yates! As snowflakes fall in Gold Valley, Oregon, will this rugged cowboy finally win the woman of his dreams?

Cowboy Caleb Dalton has loved single mom Ellie Bell, and her little daughter, Amelia, for years. But since Ellie is his best friend’s widow, Caleb’s head knows Ellie will always be strictly off-limits. If only his heart got the memo. So when Caleb discovers that Ellie has a Christmas wish list—and hopes for a kiss under the mistletoe—he’s throwing his cowboy hat into the ring. If anyone’s going to be kissing Ellie and sharing this magical time with her and her daughter, it’s him.

Ellie has dreaded the holidays since losing her husband. But this year, she’s finally ready to make some changes. She never expects the biggest change to be the heart-stopping kiss she shares with Caleb. For almost five years, Caleb has been her best friend, her rock, her salvation. This Christmas, can Caleb prove he’s also the missing puzzle piece of Ellie’s and Amelia’s hearts?  AMAZON LINK

This story had potential. It was an emotional story with good main characters that I wanted to like a lot more than I actually did.  It just felt like a bit too much angst and rehashing of several major points.  And it was over and over.  Like Caleb and his guilt about wanting his best friend Clint's wife.  Clint and Caleb had been like brothers. And while Clint had been a good man, Caleb felt/knew he fell way short of that.  He also knew very well his other shortcomings.  He didn't even really see his good points.

Ellie and Caleb were slotted firmly in the friends category.   He had been there for her in the tough, dark days after Clint's death.  But she also hadn't moved on.  She was just surviving for her daughter Amelia.   This was also another spot where it felt like it lingered too long on. Then she comes up with an outrageous wish list that lead to some HOT scenes.

Caleb's family definitely was dysfunctional with a capital "D".  They were working through some things though.  Some pretty heavy things.

The story does have a H.E.A. with an Epilogue included.