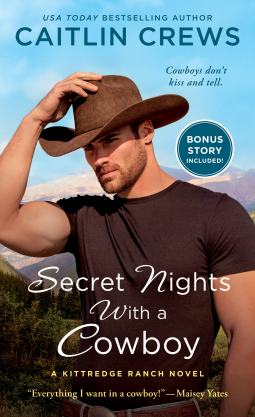 Riley Kittredge has always known exactly what he wanted. His land, his horses. His woman. He met and married Rae Trujillo far too young, and their young love combusted right after they said their vows. But their passion has never managed to burn itself out. Yet when Rae shows this time, it's not a night of pleasure she demands, but a divorce.

Rae should have moved on a long time ago. She knows she and Riley just don't work. They might make great lovers, but that doesn't make a marriage. And now Rae wants a new life, complete with a baby. But when her husband offers to be a father, to give her the family she's always secretly desired, she and Riley will both have to face demons from their past—and choose love over fear at last.
AMAZON LINK       3 STARS

This was an emotional story that also had some humor but also a lot of pain for the main characters. They both had huge personalities with a lot of passion and some unhealthy ways of relating to each other.  Oh, there was love there but they just couldn't seem to make it work. It was also one that after a while I felt like it went on too long.  Several times it caused a sense of dragging down for me as I was reading.
I did like both of Rae's close friends, Hope and Abby.   They couldn't be more different in personality and style.  One thing they did have in common was having Rae's back even without knowing all the facts about her life.
They live in a small, semi-isolated town.  But there sure were a lot of people thinking that they had the right to be up in Riley and Rae's business.
It took a while for both Riley and Rae to realize that they were bringing into their marriage, dysfunction that they learned from their childhood.  It was a big deal and so was the secret that Rae has been carrying (which I had guessed).
Thankfully there is a H.E.A. and a look into the story about another brother (Connor).
"I voluntarily read and reviewed an advanced copy of this book. All thoughts and opinions are my own.”