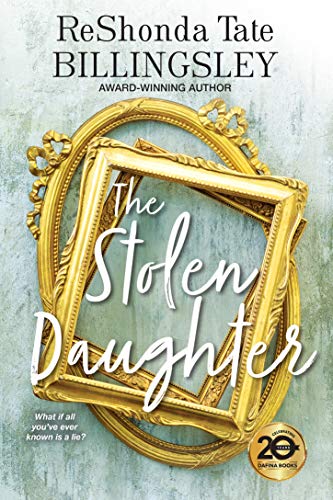 Award-winning author ReShonda Tate Billingsley delivers a poignant, page-turning novel about the power—and fragility—of family, personal identity, and the choices we are called on to make . . .

Raised by a widowed mother, Jill Reed has come a long way from her difficult youth. But while she may not have had money, Jill never doubted she was rich in love. Her mother, Connie, made Jill the center of her world. Now, even though she has a young family of her own, it’s Jill’s turn to care for her ailing mother.

When early dementia begins to set in, Connie starts talking about Jill’s “other life.” Jill assumes it’s just rambling confusion. Still, Connie’s stories about Jill’s childhood, and her father’s early death, never quite added up. And when a strange man shows up to Jill’s job bearing news that turns Jill’s life upside down, there’s no denying Connie’s devastating secret.

As Jill sets out to learn more about her past, she’s stunned by what she learns and what it will mean for her future. Now, she must decide what price she’s willing to pay to claim the life that’s rightfully hers.   AMAZON LINK
4 STARS

In the opening  chapters I found this story was kind of depressing and wasn't sure if I was going like it or be able to finish it.  BUT, I did finish it and have to say that it was a very well written story.  It had plenty of emotion and hurdles to overcome along with strong main characters and supporting ones too.
I really liked Jill.  And oh boy, what a load she was carrying. And that was even before this shocking secret came into view.  I have to say her husband Malcolm was not someone that I liked that much though.  It seemed like he talked a good game but often he wasn't much help when it came to lifting any of the load off Jill.  He seemed to be pretty self-absorbed.  He would complain about a situation but I wasn't really seeing him doing all that much to correct it.  Then he would go and do something slightly helpful or thoughtful and that helped.   But most of the time I was waiting and watching to see if he was going to turn on Jill for money.  You'll have to read it for yourself to see if that happens or if he turns out to be a stand up kind of guy.
Philip is Jill's newly found cousin and I would have liked to have seen a bit more done for him.
Things come to an interesting conclusion with Jill refusing to bend to pressure.  She refuses to let her daughter Destiny (and herself) be forced into something she doesn't want.  She doesn't just stand back and allow things to happen.  She becomes braver than she knew she could be.  Changes will be made and she helps make sure those changes happen.