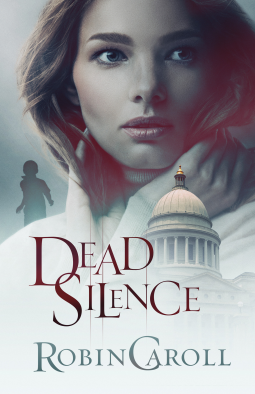 Political games can be deadly…

Elise Carmichael is a court sign language interpreter who reads lips all the time. As a widow with a young son who is deaf, lip reading is simply second nature, until the day she reads the lips of someone on the phone discussing an attempt to be made on a senator’s life—a senator who just happens to be her mother-in-law. Before she can decide what she needs to do, she receives the information that her son is rushed to the ER and she must leave. Then she later sees the news report that her mother-in-law has been shot and killed. But when she comes forward, her life, as well as her son’s life, may now be in the crosshairs of the assassin.  AMAZON LINK
5 STARS

What a great story this turned out to be.  One surprise for me though was that there was no romance in it.  Although there is no romance, there is new friendships that develop.  I usually like for this kind of book to have a romance too.  Even without it though, the book is really well written and kept me on the edge of my seat.
For those that want to know there is some scripture mentioned in the story along with prayer.   Elise had kind of lost her faith in God because of her husband's death and her son's deafness.  So, there will be a search for a re-connect with God during the story.  However, I don't think that it overpowers the story.  I'd hate to have people pass on a really great story because they were concerned about that.

Elise and here son Sawyer were really good main characters and I liked the different type of challenges that they were facing.  And that's even before everything hits the fan for them.  Even her deceased mother-in-law was not your usual run of the mill type of person and I enjoyed that too.
It takes a bit of time to figure out if Nolan who was the husband is a good guy or part of the problem.  That kept the reader hanging for a little bit of time.  Not only is he an interesting character but so is Mary Ellen who is the daughter of the senator and also aunt to Sawyer.  She adds a lot to the story. So does an unexpected person named Wesson Kelly.  I'm not going to say too much about her and just let readers discover her on their own.
The F.B.I. agents who started working with Elise had me scratching my head more than once.  Agent Rodriguez  seemed fairly straight forward but his partner Agent Wright added hostile tension to any interviews.  Once again also making the drama ramp up. Speaking of drama as the action takes off towards the end of the story, there is plenty of drama.  There is a good outcome especially because Elise came up with a really brilliant idea at the end.