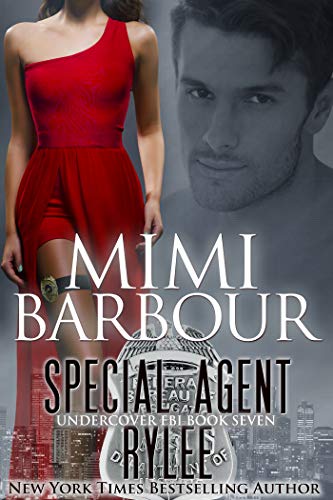 Being chosen as one of the agents to play bodyguard to a spoiled billionaire while sailing on a Caribbean cruise depresses her... a lot. The dude – so important to the government that they’re willing to provide the best to protect him – won’t even know they’re in place. The big question – why her? She prefers work that matters, the dirty jobs, on the streets, in the trenches, and her boss knows it. Keeping Mr. Fancy Pants out of the clutches of a worshipping stalker, mercenaries and a man out to seek revenge for an old injustice just annoys her.

Not excited about his pending cruise, before boarding the ship, Jake Andrews sees an enticing woman on the pier and decides it might not be so bad after all. Becoming landlord to two stowaways – one being a tiny kitten – isn’t at all in his plans for this vacation either. His goal is to finish his phone app for the Pentagon, have a good long rest to heal from recent stress and take a break from being threatened, stalked and attacked.

But if he can spend some of the voyage romancing this chick, that might add enough spice to his days… and nights for the trip to prove eventful.

I don't know what I was expecting exactly but this story was really different. And that's not a bad thing either because it was really good.  It starts out with great main characters too!
Rylee was just as tough as you expect from the book information but she was also so much more. Life has given her some tough times and that was way before she became an agent.  It also affected some of the choices she made, like taking on so many dangerous assignments.  Something that drove her loving sister Mari often to the point of fearful tizzies. Mari was successful in her own right but she was nowhere near anything that's even close to violent.
Jake was nothing like I was expecting and once again that was a good thing.  He was a genius but he also was so softhearted and that was something different.  Things that he had experienced so much earlier had made him sensitive to other people.  It also caused him to want to help those who were in pain.  He was pretty perceptive when it came to that.
Miguel was a surprise twist and one that I really enjoyed.  Carlos was another interesting surprise as well.
Dangers kept coming at Jake and caused a lot of action and surprises.  One of the last surprises was an enemy that surfaced that they hadn't realized was on board.  More action, more danger, more to overcome.  Which they do with the help of at least one other agent as well.
Great ending with a H.E.A. and a look into some of the changes that come into their lives.

MORE NOTES (NOT INCLUDED IN RETAIL REVIEWS):
Rylee hates primping but it's a necessary part of her new mission.  She likes to be comfortable and she's a tough customer more interested in being fighter ready than being a beauty.  She never thought being a beauty was even possible.
Mari James who is Rylee's sister is very much a top fashion kind of woman who loves her sister.  She decks Rylee out in what she needs and it helps that she has an upscale business that is very successful.   She is also SUPER protective of Rylee although that drives Rylee batty at times.  It also leads to Mari meeting Rylee's boss, Agent Duke Harrison later in the story.  And that is a different part of the story.

Jake  Andrews was a refreshing change as one of the M.C.'s.  What an interesting life he has lead.  He's a genius who is so worn down because of the app he's trying to finish.  His co-partner and jack-of-all trades, best friend, Leo
knows he needs to relax and helps set up this trip.  Jake feels kind of forced into it but goes along because he knows his health is being affected by all the stress. Jake is so kindhearted that it begins to bring down Rylee's walls when she see its for real.  Some of that generosity and kindness comes from when he lived on the street (by choice.)  I had to smile when it came to some of the conversations that he had with the stowaway kitten.  There is another stowaway of the human kind.  Miguel is found by Rylee this time though. That was a great addition to the story.
One other interesting person is Carlos who is also a vital part of the story.  His part is slowly revealed.
Posted by Flame at 9:34 AM