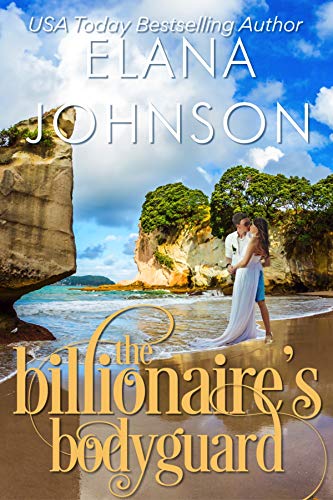 Women can be rich too...and this female billionaire can usually take care of herself just fine, thank you very much. But she has no defense against her past...or the gorgeous man she hires to protect her from it.

Billionaire and mutual fund heiress Lexie Keller left her life in New York City after the housing market crashed and she lost the love of her life, made a few more bad decisions, and ended up on the front page of the tabloids once again. In Hawaii, she loves her anonymity and going to her Nine-0 Club meetings, but she's lonely and unfulfilled. She takes a job at The Straw, hoping the man of her dreams will walk through the line and order a smoothie.

He doesn't, but Jason Burnes, the reporter who came to the island to do a story on a fake engagement, stirs old feelings inside Lexie, as they once had a forbidden and secret relationship before Lexie's life fell apart in New York. When their worlds come back together, he's eager to see if they can make a new relationship from the ashes of their first one, seven years ago.

But when another man from Lexie's past threatens to unravel her life on the island, she hires Jason to keep her safe. He's her bodyguard, not her boyfriend. Maybe if she repeats the mantra long enough, it'll get deep into her heart. Will she be able to keep those two B-words separate while she and Jason figure out how to deal with the threat? Or will she take her second chance with Jason and get her tropical happily-ever-after?   AMAZON LINK
3 STARS

The idea of the billionaire being a woman caught my eye and my interest right off the bat.    Sorry to say it just didn't pull me in as much as I had hoped for.  The emotions, angst and some danger was there as well as the pull of two people who loved each other.  Yes, the odds were stacked against them and does take a while for them to overcome them.
I almost got lost more than once with all of the secondary people, friends that Lexie makes.  Sasha was pretty easy to distinguish because of her role as Lexie's boss on her part-time job at The Straw.  The others I had a hard time remembering who went with who when it came to couples and how they fit in.
There is a hard earned H.E.A. with no cliffhangers so that is a plus.