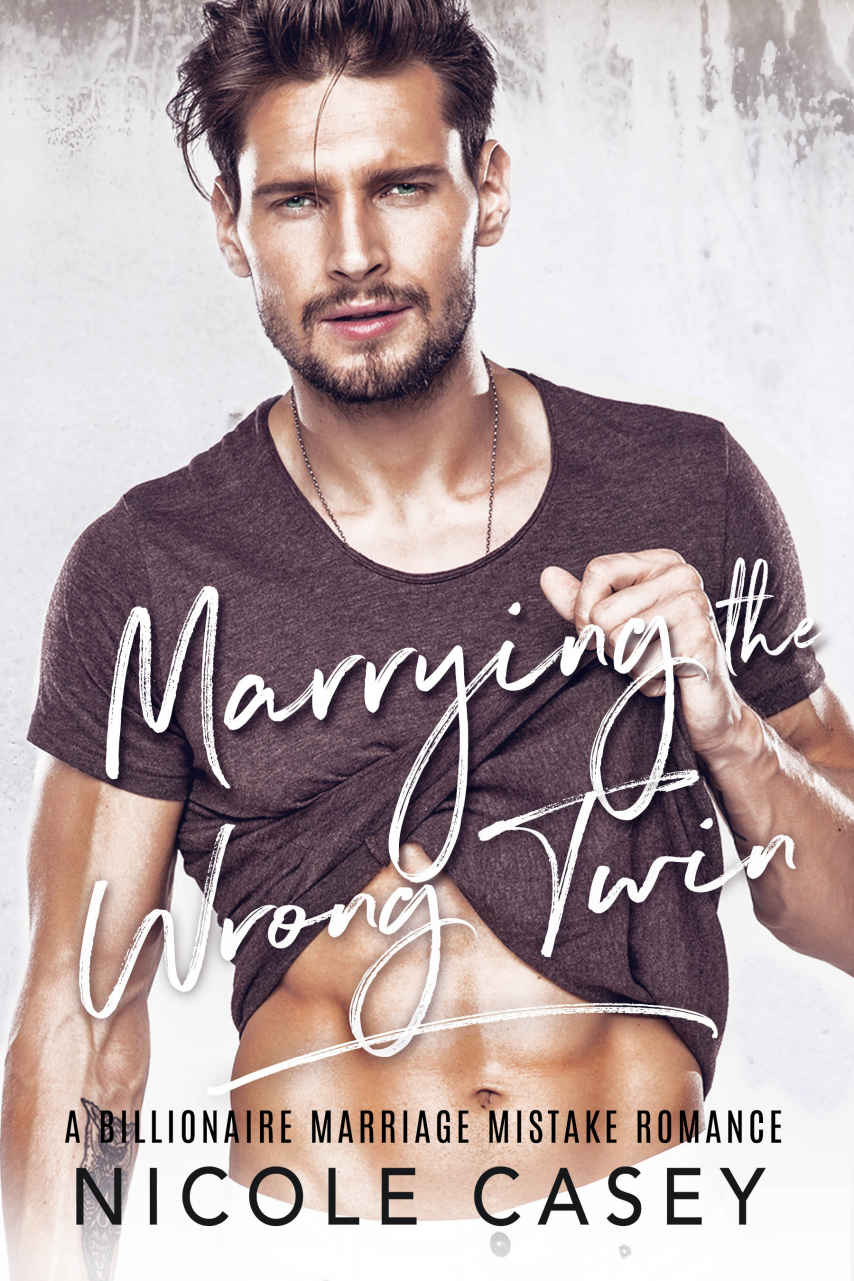 Marrying the Wrong Twin is the fourth book in Baby Fever Series, a billionaire marriage mistake romance with no cliffhanger and a HEA. It can be read as a stand-alone.


Who the hell did I marry, really?

I’m totally screwed. I just said “I do” to the hottest man I’ve ever seen.
And he’s my future husband’s twin brother.
I mean, how could I know he’s the wrong one? They look exactly the same.
Now there’s no way out of this, so we’ll just have to keep playing the game.
We are married on paper only, for our family businesses to thrive.
It’s only business, a partnership kind of deal, and falling for him wasn't part of the arrangement.
But why do I keep recalling our first sinful night, when he took me right there in his suite?
Why can’t I stop imagining all the tender, passionate kisses, his huge hands all over my body and the rough, hard sex?
Oh, screw it! The marriage might be fake, but the baby I’m carrying is 100% real…AMAZON LINK
3 STARS

This was a story that went by quickly.  Rustin (supposedly the evil twin) and Adare (the golden one) have been pitted against each other by their father for years.  And that's not going to cause any problems right?   Rustin cheated when he fooled Asha into marrying him but it's not all fun and games to him.  He's considered the playboy of the family but could it be he just hasn't met the right woman yet?
Asha has one nasty family whose only real concerns are about "the business".  Everything must be sacrificed to "the business.   And her mother and father sure had Asha under their thumb and intended to keep it that way.
There is plenty of emotion, secrets with a twist thrown in at the end.
I will say that it also had several pretty descriptive sex scenes that  I wished had been dialed back a bit.