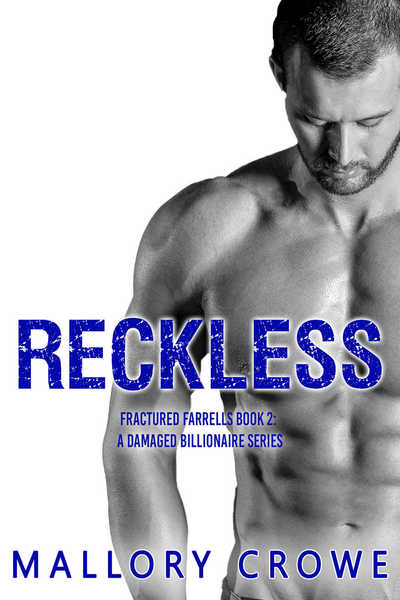 He likes control and order.
She refuses to be controlled.
With his family history, Robert Farrell has faced his fair share of problems. Lucky for him, he's never been confronted with a problem he can't solve. And when someone starts manipulating his business deals and threatening the people in his life, Robert realizes it's time to gain control and take over. But when he can't control the sexy and mysterious tour guide who refuses his protection, Robert knows that it's up to him to convince her—one way or another.
There is no way in Hell Malia Martin will be controlled by anyone—especially not by a Farrell, of all people. Destroying her childhood was all it took for Malia to despise the entire Farrell family—Robert included. The only thing she wants from the irresistible billionaire is distance—a great deal of distance. The only problem is: someone is threatening Malia after her one not-so-innocent encounter with Robert on the beach. Leave it to a Farrell to have a stalker—a stalker that's after her now. As Robert and Malia vie for the upper hand, their enemy closes in. Will the alpha tame the independent woman or will he die trying?   AMAZON LINK
4 STARS

I really enjoyed this book a lot and I just seemed to fly through it.
Malia (whose name I really liked) had a huge chip on her shoulder.  And that chip had to do with anything Farrell.   Oh, she had her reasons and they will come out but as they do it really makes things interesting.
Robert is used to be hated for being a Farrell.  I'm not saying that he liked it but he spent a lot of his time cleaning up Walter's messes (his father).   And Walter was definitely a slime ball of the first order.  Even dead he's still got bad junk coming out the walls.
When the enemy is exposed it comes at you full barrel, kicking things up big time.
Satisfying ending with a good Epilogue completes the story.