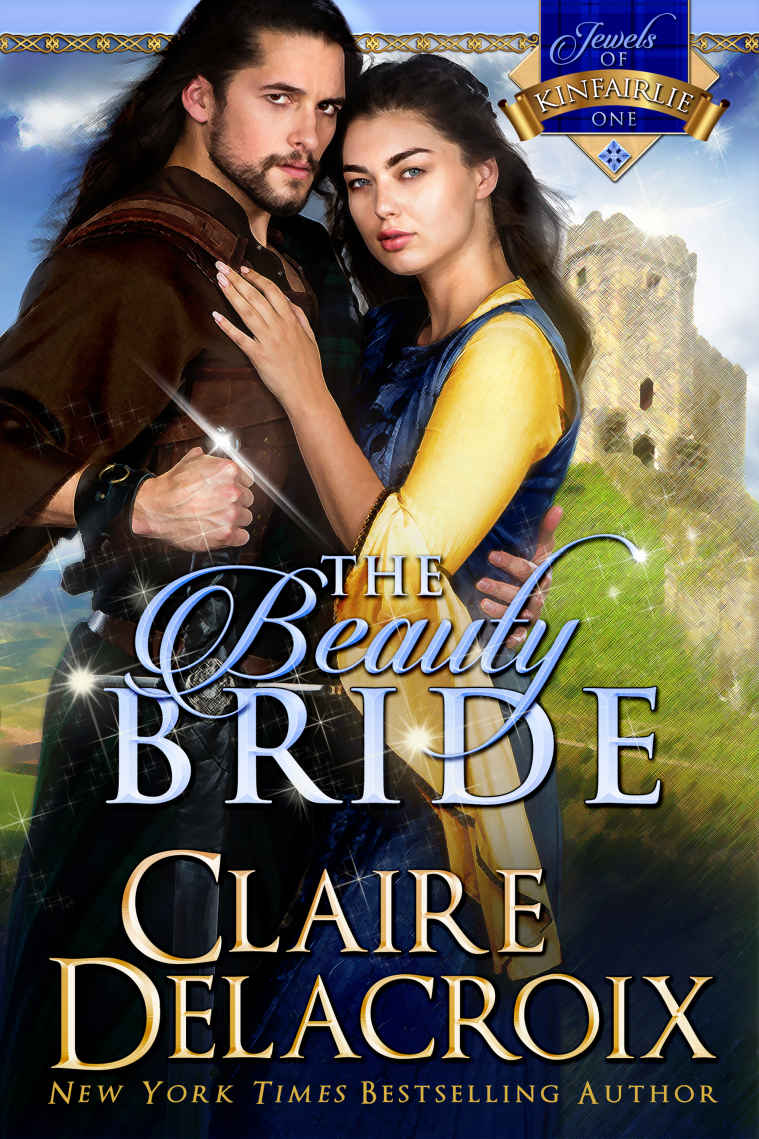 More cherished than gold are the Jewels of Kinfairlie, and only the worthiest may fight for their love...The Laird of Kinfairlie has unmarried sisters, each a gem in her own right. And he has no choice but to see them all wed in haste.

Lady Madeline’s heart is not for sale...especially not to a notorious outlaw like Rhys FitzHenry. Yet Madeline’s hand has been sold, to none other than this battle-weary warrior with a price on his head. A more dutiful maiden might cede to the Laird’s command and meekly accept her fate, but Madeline has never been obedient. She decides to run away, though she never dreams that Rhys will pursue her. She does not expect this taciturn man to woo her with fanciful stories, much less that each of his enthralling tales will reveal a scar upon his shielded soul. She never imagines that a man like Rhys could imperil her own heart while revealing so little of his own feelings. When Rhys’s past threatens his future, Madeline takes a leap of faith. She dares to believe him innocent— and risks her own life to pursue a passion more priceless than the rarest gem. AMAZON LINK
4 STARS


Good main characters mix with plenty of secrets, actions and a edge of mystical legends and creatures.  Those mystical creatures would be fairies.   I was surprised by that and it wasn't something that I was looking for in the story.  But they do add some humor when they weren't being vengeful.  Towards the end of the story one of the fairies does "help" Madeline and Rhys in a fight.  Madeline's youngest sister Elizabeth is the only one who can see them.   She gets a lot of odd looks and teasing because of that.
Alexander is laird now of Madeline's family and he's in way over his head.  Most of his actions showed him to be a proud cretin.  He loved his family but he had me shaking my head more than once.
There was so much more to Rhys and I enjoyed the tales that he came up with.  He was a fierce, dark warrior but he was also was often able to discern what Madeline needed.  He could be a stone wall to her but he was also often so gentle to her.
Madeline was known to be beautiful but she was also clever and has a back bone of steel. No one is going to just roll over her with consequences.  I liked her and the fact she wasn't a harsh woman just strong.  All of these things become something that Rhys appreciates.
As you can guess everything isn't sunshine and roses. There is a huge clash between good and evil as the action ramps up towards the end.  Enemies and their plots are exposed. Some of those plots that are exposed are ones that are many years old.  I liked how there is a H.E.A. and how it is worked out.
Posted by Flame at 9:19 AM