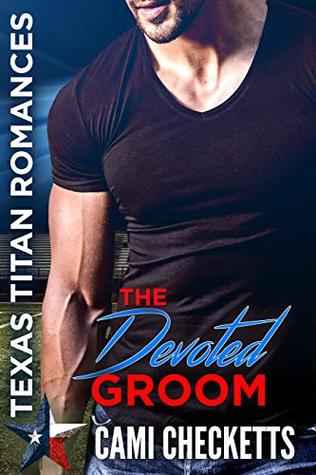 A grieving football player hoping his son will speak again; a speech pathologist with a dark secret; and an unexpected love that sparks danger from the past.
After Ryder Quinn’s wife died, his four-year old son stopped speaking. Desperate for a solution, Ryder hires Bree Stevens, a spunky speech pathologist to be his son’s nanny and therapist. Bree moves in, breathing new life into their home. As his attraction for her grows, Ryder fears he might have more help than he bargained for.
Bree Stevens quickly falls for the devoted father and his adorable boy. But when her twisted past catches up with her, she has to choose: selfishly hold on to the love that she’s found or leave and keep them safe?   AMAZON LINK
4 STARS


I liked this story and all of the main characters and that includes Ryder's son Tate.
I wasn't very far into the beginning few sentences in the first chapter before I was smiling.  Bree is described as a breath of fresh air and she was definitely that.  And she was funny too!  There were plenty of other funny  moments as well as sweet moments too.
Ryder and Tate were so close even though Tate wasn't speaking.
The way the danger entered in was a surprise but it also kept the story from being too sweet.
I was glad to see that it included an Epilogue  and it includes a teaser for Ryan's country singer brother and Bree's sister.

GOODREADS LINK IS https://www.goodreads.com/book/show/43395858-the-devoted-groom
Posted by Flame at 2:37 PM