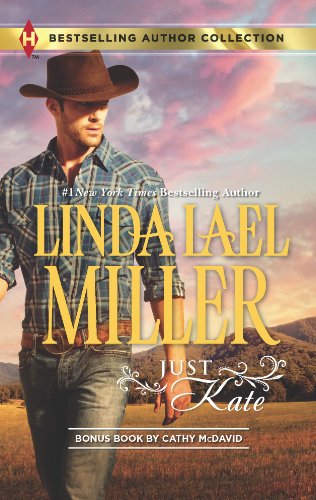 Ever since Kate Blake's sister died in a car accident, it's been just her. Just Kate to keep her family together. Just Kate to live up to her senator father's expectations and her mother's idea of perfection. But now, after a painful betrayal by those she loves, she decides it's time to live for herself and claim what she wants. And what she wants is Sean Harris. The only man she's ever loved. And her late sister's husband.
But years have passed since Abby's accident, and both Sean and Kate feel it's time to move on. Still, when Kate meets the rugged Australian on his home turf, she is surprised by what she finds with Sean—a sense of home and belonging that she's never known. And the one person who loves her for nothing else except being…just Kate.    AMAZON   3.5 STARS

I liked both stories, they were enjoyable and a fast read.  It isn't real clear from the title of the book, but there are two stories in this book.  "His Only Wife",  is the name of the second one.  And the main characters were married really young and have been apart/ divorced for at least 10 years  Interesting people with different settings and life experiences.  One thing both had in common is that in both stories, there were people who tried to control one or both of the M.C.'s.