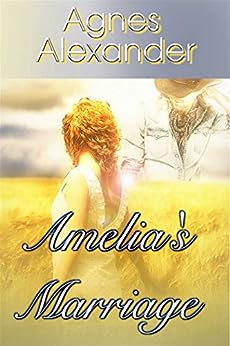 Rafe Donahue, one of the richest ranchers in Wyoming is determined his willful daughter Amelia will marry his foreman, Vince Callahan. Amelia doesn't trust the leering Vince and believes he's out to get the Double D ranch through her. With a mind to thwart her father's plans, Amelia travels to Settlers Ridge to buya husband - for $5000. Half-breed Jed Wainwright si a rough-around-the-edges bounty hunter with a questionable reputation. After his next capture, he's looking to get out of the business and take up ranching. A pretty little blonde shows up at his hotel room door and makes a crazy offer...AMAZON 3.5 STARS


I liked parts of this book and some other parts not so much.  Overall, I guess I have to say it was pretty well written.  Amelia's father Rafe, was a bully when you get right down to it.  Maybe that is one of the parts I didn't like because I don't like bullies.  But hey, it was an important part of the story.  And more than once I wondered if he was "insane."  He was so far from reality, at times it made me wonder.  His whole goal seemed to be more riches, more power and to bend everyone to his will.  His arrogance at times was unbelievably over the top.  And he showed no remorse about it.
The book did have some really good characters in it though, and that included Amelia and Jed.  She made an outrageous deal with him but through many trials they worked together and they do get their HEA.