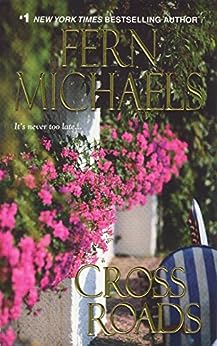 The Sisterhood Will Not Be Broken
It's been a year and a half since the women of the Sisterhood received their presidential pardons, but the freedom they craved has come at a high price. The impossibly lucrative positions handed out to them by the mysterious Global Securities company have turned out to be golden handcuffs--scattering them around the world, cutting off communication, and leaving them in miserable isolation.
But a happy homecoming at the old Virginia farmhouse is marred by the hijacking of Nikki and Kathryn's private jet. It seems their few fellow passengers are not ordinary travelers--they're an elite group of Interpol agents who urgently need the Sisterhood's help. Now the ladies face a stark choice: resume their vigilante status for one of their most hazardous assignments yet, or try to outwit a group of powerful adversaries willing to use truly desperate measures. This time, everything is in the balance--their lives, their friendship, and the freedom they fought so hard to gain.  .  .AMAZON  3 STARS

I liked it but I didn't love it.  It had potential but it just didn't feel that it met it all.    It was good to see the "girls" finally figure out how captive they really were.  And boy were they upset when they realized how much of their life had been wasted without the rest of their family.  It took the guys a bit longer; actually quite a while but when they did, they acted.  Not sure I was all that happy with how Kathryn began to treat Bert and Charles began to take more heat when he "failed" the girls.  Even Myra gave him some steely moments.
I also have to admit at a point or two it got a little confusing and I had to struggle to remember the whole reason of why the girls were being hired.  Not a good thing.   And although Hank was a good character, he had a whole lot of secrets, they added a fair amount of twists and surprises to the story.  Was he a good guy or a bad guy and if he was evil just how bad was he?   Some of that comes out here in this book.
A final thought is that a times I did find it a bit confusing and felt like I was spinning my wheels a time or two. But I did read it all in one setting.
Posted by Flame at 9:26 AM