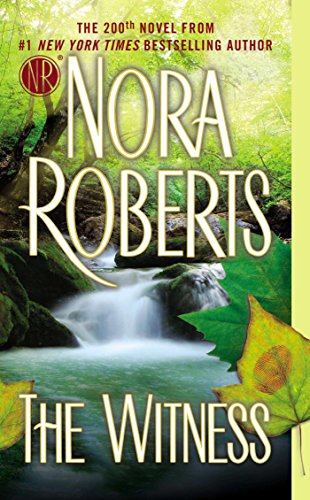 Daughter of a cold, controlling mother and an anonymous donor, studious, obedient Elizabeth Fitch finally let loose one night, drinking too much at a nightclub and allowing a strange man’s seductive Russian accent to lure her to a house on Lake Shore Drive.
Twelve years later, the woman now known as Abigail Lowery lives alone on the outskirts of a small town in the Ozarks. A freelance security systems designer, her own protection is supplemented by a fierce dog and an assortment of firearms. She keeps to herself, saying little, revealing nothing. Unfortunately, that seems to be the quickest way to get attention in a tiny southern town.
The mystery of Abigail Lowery and her sharp mind, secretive nature and unromantic viewpoint intrigues local police chief Brooks Gleason, on both a personal and professional level. And while he suspects that Abigail needs protection from something, Gleason is accustomed to two-bit troublemakers, not the powerful and dangerous men who are about to have him in their sights.
And Abigail Lowery, who has built a life based on security and self-control, is at risk of losing both.  AMAZON  5 STARS

I loved  this book.  It had a great start. Even at the beginning it was an unusual, unique story.  And it continued on in that way.  In a very intense way.  The main characters were awesome, beginning with Elizabeth. She was such a great character and I enjoyed her overcoming all the stuff thrown at her.  A great heroine.   The more that time went on I liked Brooks better and better.  As a police chief, he wasn't anything like I was expecting and that was great!   His mother Sunny was a kick and her name fit.  The quirky town was the best of a small town, noisy, friendly, warm and for the most part welcoming.  That put a major cog in Abigail's pan to be invisible.  No matter how hard she tried to stand off, and not get involved, it just didn't work.  Brooks confused her, annoyed her and finally wore her down with his curiosity, patience and kindness.  Even her guns, coolness towards him, and even her fiercely protective dog really didn't keep him out. And darn it, she began to like him.  She didn't want to but she was beginning to.  There conversations were often so funny.  She didn't do normal real well, having no example of it.  It didn't take long for him to understand her and give her space when she needed it.  Great romance, so sweet at times.  Great give and take between them, of course it happened more and more over time.
That same town was not without its own dramas, and it was well written as well.