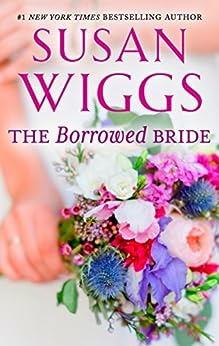 During her own bridal shower, Isabel Wharton is whisked away by past love Dan Black Horse to his retreat in the Cascade range. But returning to her Native roots, and Dan's loving arms, is harder than she ever imagined.
Originally published in 2010.  AMAZON  3.5 STARS


I liked this short, sweet story.  When I say sweet, its not without challenges in it though.  Just like the book information says, its harder than she thought it would be.  Also harder than Dan thought too.  Although I liked it, it wasn't really deep but I did enjoy it for what it was.  The main characters were good, each working things out.  Isabel had to work to recover who she really was, and to stop lying to herself.  Dan, was the hot, dangerous guy who never fell out of love with Isabel but had some growing up to do.
One thing I found strange was that Dan who sounded like he had a lot of money earlier, couldn't find Isabel for five years.  He couldn't have hired a good detective agency to find her? Oh, well that would have ruined the story wouldn't it?
I think this was probably the first story that I have read by this author.  I'd like to try another book written by her and see  it a bit longer and a bit deeper.
Posted by Flame at 1:23 PM