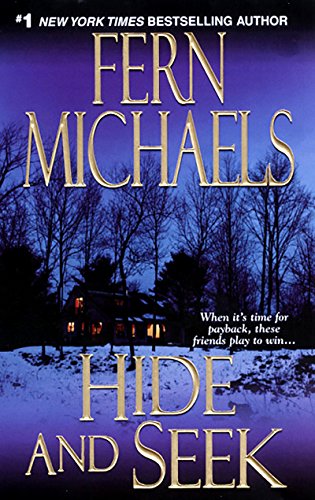 Whoever said living well is the best revenge never met the Sisterhood. . .
Together, the seven fearless friends known as The Sisterhood have served sweet justice to villains who thought they were above the law. But payback has its price, and the Sisterhood's last assignment almost landed them in jail. Now the women are fugitives with a bounty on their heads, but they're not planning on hiding out for long--not when good friends need the kind of help only they can give.
Mitch Riley, the ruthless assistant director of the FBI, intends to frame Cornelia "Nellie" Easter, the judge who helped the Sisterhood evade prison, and their lawyer, Lizzie Fox, in order to save his own career. He's created a special task force to hunt the Sisters down. Mitch has the entire FBI behind him, but he's about to discover that he's no match for seven formidable women with an unbreakable bond and a wickedly cunning plan to bring the fight right to his door. . .AMAZON  4.5 STARS


When I first read the information on this book and saw what Mitch planned on doing, I thought, "Stupid man!".  As it turned out he's not only stupid in deciding to do this but also cruel, power hungry and generally disliked.  A bully, in short.  A clever bully in the ways that he has been covering his tracks.  He has been saving up files of information on people, some of which are false ones and that would ruin many lives. He admired J. Edgar Hoover, so that should give you a hint or two. It wouldn't surprise me at all to find out later that he had something to do with people getting killed so that he could move up the chain of command a lot faster.   The "payback" that  the sisters give Mitch  is very creative and Priceless.
Being on the of of the mountain, their place of sanctuary was well written. Because although they are safe, they were also getting restless and missing home.  That's when nerves start to fray and emotional upsets start coming out and causing fights. Makes sense. But as we can see, they do get called out after a while and take a huge risk by going home for this one assignment.  Prison time is hanging over their heads if they get caught in the U.S.   But they are in for a surprise as they pick up some unexpected "helpers" as time goes on.

I liked how Fern Michaels explained how this book came about, because she kind of thought originally that the book before was the last.   I'm glad that it wasn't the last and that she found a way to take it into a little bit direction.  I can't wait to read the next book.  I've already got it lined up to read next.