BOOK REVIEW- UNDER THE RADAR #13 SISTERHOOD by Fern Michaels 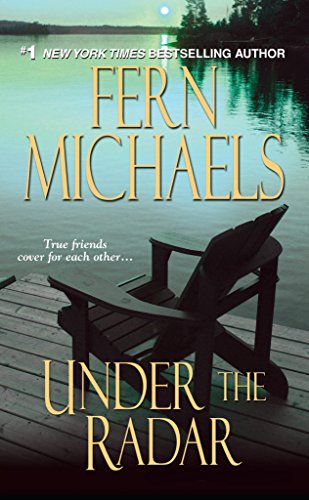 In The Middle Of The Night, The Sisterhood Is Your Only HopeA Sister’s work is never done—not when there are wrongs to right and underdogs to defend. Just returned to their mountaintop hideaway after their latest successful mission, the seven fearless friends enjoy a celebratory dinner and retire to bed. But within an hour, an alarm sounds, and the ladies rush into the compound in time to see Myra and their mentor, Charles, climbing aboard a helicopter. All that’s left is a mysterious note, signed by Charles. Still reeling, the Sisters receive an urgent call from retired justice Pearl Barnes. Pearl runs an underground railroad to help abused and displaced women, and she’s just rescued fourteen pregnant teenagers who belong to a highly secretive and controversial polygamy sect. But keeping the girls safe will require the kind of help only the Sisterhood can provide—if they can band together and go it alone...AMAZON 3 STARS


I liked this one but with mixed feelings too.  The characters were there and they fought evil and won but it just felt like it was missing something.  The depth just didn't feel like it was there. And I'm not sure that I can blame the fact that Charles wasn't in charge either.  I also have to say I wasn't feeling the Charles part of the story when he did show up.  Which was pretty briefly.  Myra didn't really "stand by her man" and was kind of mean I thought.  On more than one occasion as a matter of fact.  Yes, Charles was still being secretive and he found out some things that were beyond painful personally.  But still, I didn't like that part of the story very much at all.  Well, better
luck with the next story.