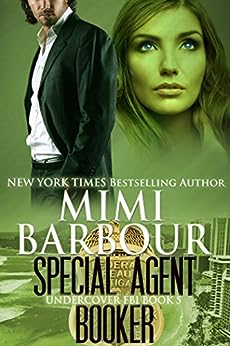 When Sloan Booker’s father dies tragically, he has no other option but to give up his job as an FBI agent and take over his family’s vehicle restoration business in Oahu, Hawaii. Giving up his badge is difficult but having Homeland Security and his old boss request the use of his house in a stakeout, spying on his Muslim neighbors who they suspect are terrorists, is just too damn much for a man already frazzled. It makes no difference that they’ve offered him a partner to be in charge of the surveillance… until he meets the gorgeous divorcee.
Special Agent Alia Hawkins might look more like a model than a cop but looks can be deceiving. Not only does she rescue street kids, fights their battles and transports them to safe homes, but since she lived many years in Pakistan and speaks their language, she’s a sought after agent. So far, she’s kept her personal life and job separate. But when Alia’s slimy ex-husband threatens to steal her eight-year-old son, she has no choice but to bring him along on her latest undercover assignment – living with a hotshot, sexy as hell agent as his long lost stepsister. Her life suddenly takes some drastic swerves and she wonders if things will ever slow down.  AMAZON  5 STARS

By the time I got into Chapter 11 (18% on my kindle) I had some definite thoughts on it already.   I thought, "oh if this keeps up, its going to be a really good book, one that I will love".  And it did continue that way and I did love it.  I enjoyed every minute of it.  Both Alia and Sloan were unique and attention getting all on their own.  They had both been through some stuff. with Alia probably going through the most stuff.  Sloan never knew his mother but he did end up growing up with 3 Dads.  It made for a very unusual but loving situation; because each man loved him just as if he was their son.    Each one of them, straight men who kind of adopted him as their own son.  One of them was but the reveal about that doesn't come til almost the end.  I really liked that it was a character driven  story as much as the missions that figured in. Those "missions" both personal and professional kept my attention too.  The romance between Alia and Sloan (who was often just called just Booker) was a good one; without nothing moving too fast or too slow.  I enjoyed the depth of both of their lives.  The family feel to  part of the story, the relationships that were close made me enjoy the story even more. The secondary people in the story added a lot to that feeling too.  I just seemed to blow right through the book.   I was sorry to see it come to the end.  I have to say that each one of the books in the Special Agent Undercover FBI series is one that I have really forward to.  Because so far, I have enjoyed everyone of them.  I hope the author keeps it up, both the series and the quality.

I was given a gift of this book and have voluntarily decided to write a review.