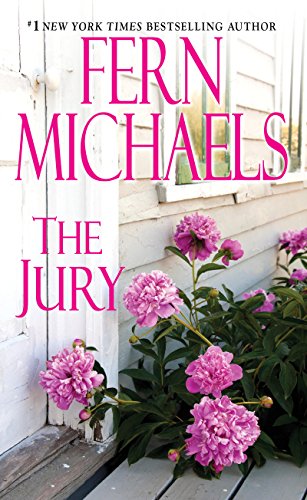 The women of the Sisterhood know life isn't fair, but that doesn't mean they have to like it--or let it pass. Instead, these best friends share their joys, troubles, triumphs, heartaches and one collective mission: to right wrongs and bring justice where it is desperately needed. Even reeling from loss of one of their own, the Sisterhood is always prepared to rally behind a new friend.
For years, Paula Woodley has suffered the broken bones and shattered self-esteem caused by an abusive marriage. But what can she do? Her high-profile, Washington powerbroker husband is not a man to be crossed. Or so he thinks. The Sisterhood may not be an organization found in any of his memos, but he's about to take a meeting with them--and they'll be setting the agenda   AMAZON 4 STARS

While this was a good book, I can't say its a favorite of the series.  Since I didn't read them in order, that could have something to do with that.  I now have them lined up to finish in the right order and that should take care of that.  It does give us an update on Julia, for those who have been following these stories.  It also is the book where Maggie Spritzer is introduced and the other reporter Ted starts "working'' with her.  They both are looking for The Pulitzer and are only willing to work together so far.  At this point of the story, their time together is just starting, its really just early days.
OK, I won't lie to  you "The Punishment" made me squirm but then again so did a few other books when it came to the revenge part.
One thing I noticed was in the beginning part of Chapter 12, there was a statement about a certain day that they later referred to as the day from hell.  And then we began to get a quick course in exactly why that was.  It was a good way to describe what happens next.  There are quite a few disastrous things that happen, one right after the other.
Posted by Flame at 4:41 PM