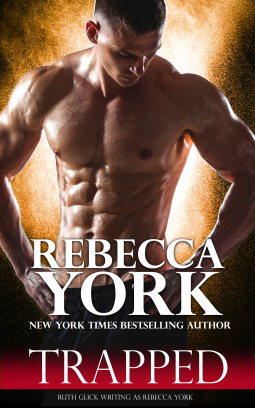 Cash Baker wakes up in a secret military bunker, drugged, with vague images of a mission gone horribly wrong. Which of his memories are true and which are fake? There’s no one he can trust in his nightmare world until the woman he never forgot risks everything to save him.

Psychologist Sophia Rhodes never got over the bad boy who stole her good-girl heart a decade ago. Now she knows Cash is in terrible danger. But without military training, how can she possibly spring Cash from a high-security facility? Sophia discovers that breaking in and rescuing Cash is easier than dealing with his damaged memories, as desperate men try to make sure he never tells her what he knows.  AMAZON LINK

What a great story; an edge of your seat story for sure.  It was emotional, edgy with plenty of questions for all involved. Well, except for the "bad guys" who were busy muddying the water.

The main characters were also well written.  Cash's experiences was so well written that you could almost feel his confusion.  What was real and what wasn't?  Which memories were real and who could he trust?

Sophia had guts and a strong desire to save Cash.  It put her in some dangerous situations but even without covert skills she still helps a lot.

There are surprises a plenty in the story and it kept me involved every step of the way.  So did the developing romance between Cash and Sophia.  They both knew that it couldn't have happened at a worst time but the sexual attraction keeps heating up between them.

I liked how the story ended, with the future looking bright for Cash and Sophia.  Finally.