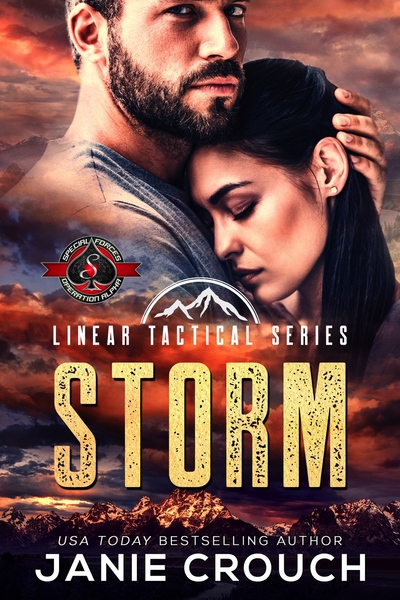 Breathe in. Breathe out. Survive.

Marilyn Ellis is finally putting her life back together. The domestic abuse she suffered may be labeled textbook by therapists, but it’s the parts she’s never told anyone that haunt her.   She refuses to get trapped in that hell ever again.

Former Special Forces soldier turned rancher Noah Dempsey is more than capable of training the delicate single mom in moves and tactics that will help her feel safe. But his own tortured past makes him decidedly less qualified for anything more.

No matter how much her big eyes—and even bigger heart—draw him in.

However, when unexpected danger arrives in their small town, Noah knows this is a woman worth fighting for. Worth fighting beside. And he’s going to be the one to do it.

She needs a hero.
He’ll have to remember how to be one.  AMAZON LINK

This was a really good story with quite the dramatic start. It had great main characters alongside an equally good supporting cast of people.  Noah's brother Tanner played a part in this story as well. So did some of the other team members of Special Forces  and the Linear Tactical group. The danger level is high and well played throughout the story.  There is plenty of emotions flowing throughout the story and it's well done.  So is some of the humor, just so you know it's not all dark and dangerous.  Some of the humor comes from Eva but there is also humor between the M.C.'s as they got to know each other.

Marilyn's soon to be ex  Jared is one slimy piece of work.  But not only is he violent, he is also devilishly clever too.  I really liked both Marilyn and Noah and it wasn't too hard to want to see them get their H.E.A.  I liked how sensitive Noah was to the P.T.S.D. that Marilyn didn't even recognize that she had.  It made for some really tender moments.  I also liked how Noah interacted with her young children; Sam and Eva. Those two kids were young but they were charming and fun especially the younger Eva.  Sam was more reserved both by nature but also because of what he had seen and heard dished out by his abusive father.  He was slow to trust any other man but Noah gives him room to grow in that area.

At about 76% on my kindle I was more than ready for  Jared to get his!  He was like one slippery snake though.  He's not done yet with messing with Marilyn.   He just doesn't realize at first that she has grown and isn't alone anymore.  He also doesn't know that she has acquired "skills" to protect herself.  I liked how his reign of terror comes to an end.

There is a good ending with a few unexpected twists but it's all good because there is a H.E.A. for more than just Marilyn and Eva.