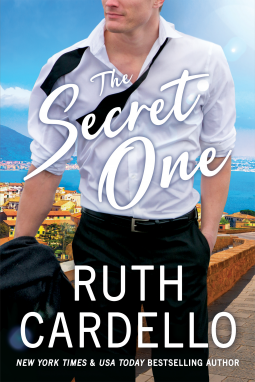 In this steamy third book in New York Times bestselling author Ruth Cardello’s Corisi Billionaires series, a trip to Italy could jump-start a lasting relationship—but only if all that’s hidden comes to light.
When Christof meets a beautiful mechanic on the side of the road, he knows they’re meant to be. His family, however, needs him and his mediation skills in Italy, where decades of secrets and betrayal could cost them everything. His mother is convinced a fiancée would help smooth things over. But he’d be nuts to ask a woman he just met to participate in such a farce.
Men always find something about McKenna they want to change—her independence, her success, the grease that clings to her after a satisfying day in the garage. So when she starts falling for a handsome billionaire, she doesn’t believe it will last. Their engagement is fake, but the sparks that fly when they’re together are too real to resist.
If Christof and McKenna trust themselves and each other, Italy will jump-start a love as intimate as it is intense. If not…their relationship isn’t the only one on the line...  AMAZON LINK

I enjoyed every minute of this story. I was concerned at first though.  I had read two previous books in the series but it was a while back.   I wondered if I'd be able to jump right back in.  I didn't need to worry about that. I think even first time readers of this book would be able to keep up.

Both main characters were marvelous.  As was McKenna's pit crew family and Cristof's family.   None claimed to be perfect but family was uber important to them all.  McKenna/Mac's family wasn't by blood but that didn't make any difference with the love they had for each other.

Chistof's family were tight but they also knew they had flaws too.

The humor between the main character's was so much fun.  And Christof's family had plenty of fun shenanigans, especially between the brothers.

Even having mentioned all of the humor there is also plenty of painful emotions as well.  And yes, plenty of secrets for sure. I liked how there was such depth in the story, both in the past and in the present.

All does get revealed except there is one thread about Sebastian that the author kind of left us hanging on. All in all, though I liked how things got resolved and how Chrisof and Mac get their H.E.A.