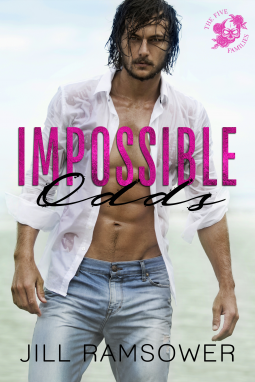 He was a vision of power and privilege.

A total stranger and an irresistible challenge.

I approached him in a busy casino and felt the sting of his brutal rejection.

Then I did something incredibly brazen. Impulsive. Reckless.

I stole from him.

The object was inconsequential, only worth a handful of dollars.

I didn’t do it for the money; it was about making a statement.

I went back home thousands of miles away without giving him a second thought until I spotted those quicksilver eyes glaring at me across a busy nightclub.

It was too impossible to be a coincidence.

Yet, there he was, seething with a violent promise of retribution.

He thought he’d intimidate me.

Hunt me down and make me pay.

What he didn’t realize was I don’t scare easily.

My name is Giada Genovese, and I’m a goddamn mafia princess.  AMAZON LINK

What a great story this was.  This was the first book that I've read in this series.  I'm glad I didn't miss this one.

I will say that at first I wasn't sure that I was going to even like Giada.   But as time went on I fell totally in love with this unique, brash young woman.   She definitely lived life full throttle, with no apologies and was incredibly interesting.  She comes across as selfish for quite a while.  That is until you dig a bit deeper into her as the story goes on.

I have to say that there is NOT one boring person in this whole story.  They all had a of of depth to them as well as many being pretty dangerous too.

There was really good world building with  good , interesting descriptions of surroundings which felt like it was just right.

Primo was one huge, gorgeous "box" of surprises.  Don't forget also how dangerous he was too!  But like all the other characters, he is also a man with many layers .   I was delighted with how Giada described him later on.  It was all in her head of course, but it was pretty darn good and felt accurate. She saw him as "refined, with a razor-sharp jagged edge and infinitely complicated. " I loved the fact that we got both of the main characters points of views.   Giada might have had to follow her instincts and reason and guess some things about Primo but we got the inside scoop.  And that caused me to like him more and more too.  It also put the light on just how dangerous his pursuing Giada is.  Still, they do find time to engage in some pretty steamy sex when Primo isn't trying to stay away from her.  For both their good, of course.

The tension is kept tight throughout the story.   A lot of that tension also comes from Primo's boss Nazario Vargas (Naz).   Naz was one over the top dangerous man who was easy to see was one crazy dude.  That made him even more dangerous, because he was already suspicious of everyone and  everything, and he's also extremely manipulative.   His brother Juan might not be as nuts as his brother but that doesn't make him less dangerous.

In later chapters,  Giada and Primo did something that I thought was kind of careless when you consider how paranoid Naz is.  So I wasn't surprised to see that come back to bite them in the butt.   But there were plenty of surprises that showed up in the story and it kept me totally involved until the end.  The Epilogue was a good touch as well, to a an intense, enjoyable story.