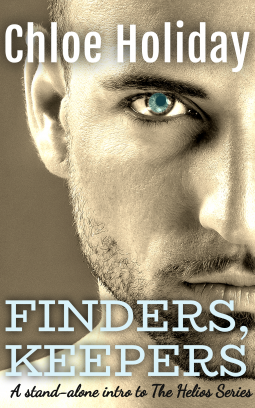 Finders, Keepers is a fast, fun novella: a sexy modern Cinderella story with a dash of humor, plenty of spice, and NO CLIFFHANGERS!

Convinced her boyfriend is cheating when she catches him getting hands-on with a model at a swanky holiday party, Farrah bolts. Caught after dark in the bad part of town, she dodges into a bar where straitlaced Caleb is a breath of fresh chivalry—perfect. Ready to burn her bridges, Farrah goes home with Caleb for a round of incendiary revenge sex. By the time she hears from her boyfriend it was all a misunderstanding, it’s too late: she’s the cheater now. Horrified, Farrah sneaks out. She resolves to do better, yet she daydreams of the hot stranger, not the loyal boyfriend she wronged.

Caleb's all-in when a gorgeous, funny woman materializes in the bar. He throws out his rule book, unable to resist taking her home. When he wakes up alone, he has to find her again. All he has is a single mitten ... AMAZON LINK

This was a fun, enjoyable story with really good main characters.

I didn't like Farrah's boyfriend Justin though.  For someone who loves her he sure was busy trying to change her.  He didn't really like her fun, funky appearance and ways.   I on the other hand did enjoy them.  He appeared to be subtle about it but he really wasn't.  Someone described him as a douche and it really seemed to fit.  Also pretentious was mentioned and that seemed to be right on.  I wasn't rooting for him at all.  Farrah definitely deserved better.  And the more I read about Caleb, he sure seemed to be the better man.

Caleb sure was a hardworking, honorable man who is gobsmacked when he met Farrah.  I liked that he was holding two part time jobs as he continued his studies.  He sure was more appreciative of Farrah than Justin was.  In both his words and his actions.

There is miss after miss when it comes to the times that Caleb and Farrah try to catch up with each other. The one missing mitten made me smile and think it was reminiscent of Cinderella and her left behind shoe.  It didn't overtake the story though which I felt was good.

I liked how the story ended with a well deserved H.E.A.