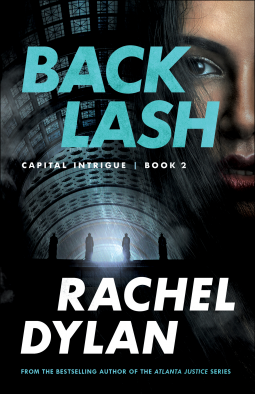 For those who are content sensitive: this book contains non-graphic scenes and descriptions of physical and sexual assault.

CIA analyst Layla Karam is thrust into a dangerous DEA field operation against a cartel that puts a target on her back. Though Layla never wanted to be a field agent, Langley had other ideas. After one of her team members is murdered because of fallout from the op, Layla is left scrambling to find safety.

At the same time, the CIA opens up an internal investigation against her. Out of options, Layla turns to ex-boyfriend and private investigator Hunter McCoy for help finding out who might want to ruin her career.

Layla and Hunter soon discover a mole inside the DEA has sold out the team's identity to the cartel. She must clear her name with the Agency and protect herself and her teammates from cartel retaliation. With threats on all sides, Layla must put her trust in Hunter--the man who broke her heart--and hope they both come out of it alive.   AMAZON LINK
4 STARS
This story had two main characters, Layla Karam and Hunter McCoy.  And that is the main story.  But this story is also about the women who were close friends with her.  I didn't get that at first but realized that as the book went on.  I spent a fair amount of time trying to figure out how Izzy figured in until I realized this.  Izzy and Jay had their own story going on just outside of Layla's struggles.
I did struggle at first because of all the people in the beginning of the book.  I kept having to sort them out.
Layla was a straight arrow kind of woman who did things by the book.  She was a woman of faith and honor.  The investigation into her activities confused her because she really had done nothing wrong.
Hunter was a guy that was walking on egg shells when he's around Layla because of his past actions.  He is also struggling with his faith in God. He also holds a secret that he's been unable to share with her.  But the truth is coming out!
There is plenty of twists and surprises in the story and about the time you think you've got them all another pops up.  The ultimate twist comes at the end with another dangerous betrayal.
It does come to a dramatic conclusion with an Epilogue that dots some "I's" and crosses some "T's".
"I voluntarily read and reviewed an advanced copy of this book. All thoughts and opinions are my own.”