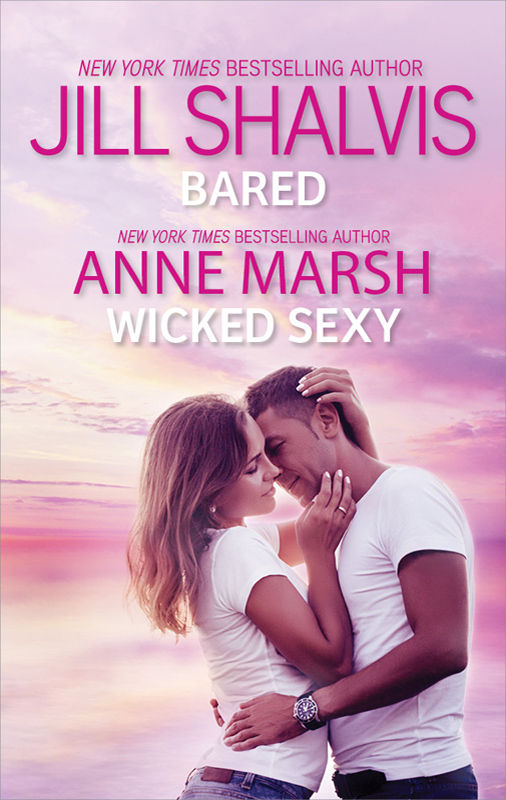 
Emma Willis never saw herself as a model—until she has to do a photo shoot in her twin sister's place. When Emma puts on barely-there lingerie in front of the photographer, Rafe Delacantro, she feels sexy…and more uninhibited than she's ever been.


Rafe knows Emma’s not the model he's expecting. But the more time he spends in her seductive presence, the more he wants. He now has to convince her that their affair can last after the camera is put away….


Danielle Andrews was supposed to be on her honeymoon. Instead, she's back on Discovery Island licking her wounds and running for shelter when she sees Daeg Ross coming her way. Years ago, on this very beach, Dani started something with the special ops aviation rescue swimmer. But she refuses to be tempted by the wickedly hot military hunk again…AMAZON LINK

BARED by Jill Shalvis- While I liked this story and how different it was, it was also a story that I can't say is a favorite. I like so many of this author's stories, this one for me is just okay.

On that note I will say that both of the main characters were good ones and even Emma's sister though selfish was an important part of the story too.

There is plenty of sexual teasing which made the book a lot hotter.  And I liked the grumpy cat.  Just can't put my finger on what I felt was missing.

I enjoyed this story.  It had good main characters and was filled with plenty of emotion and some dangers.  Dani would say that the most dangers came from her emotions about Daeg.  He was a big risk as far as she could see.  He was a jump all in, feet first kind of man.  She was an admitted over thinker, who constantly weighed the risks and wanted to go with a sure thing.  A lot of that came from the unstable childhood she had.  Her father was always looking for the next best thing and was jerking her family from place to place.  Usually the best thing he chased didn't pan out either.

Daeg definitely kept things interesting.  I enjoyed the fact that he found Dani's secret fantasy with Daeg list.  I liked how he thought about that list.  That he had found a roadmap to Dani's own seduction.  He smiled when he noted that it also listed her likes and dislikes.

The one thing I found kind of odd and a bit unlikely was when he re-injured his leg.  He was already still recovery from a very serious injury and then that same leg got injured again.  So much so that he was unable to shift the gears in his Jeep in an emergency.  But then not too much longer, he squatted down during part of the story; without pain?  And then he also went to sit on the floor in another scene.  I found that a bit hard to swallow.  Still...I did enjoy the story on a whole.

It comes to a good ending with a H.E.A.