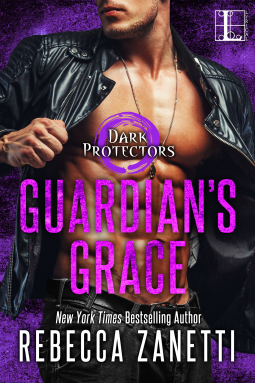 Vampire soldier Adare O’Cearbhaill’s default setting is cranky.  Or irritated.  Or down-right hostile.  Still, as a Highlander of honor and duty, he stepped up to save an enhanced and special human female by mating her—with merely a bite and a brand. The last person he wants in his life is a fragile human, yet he can’t get her out of his mind as she regains her strength before taking off for parts unknown. And when he discovers she is in danger, nothing can stop him from hunting her down—whether she likes it or not.

Photographer Grace Cooper has had it with vampires, demons, and the rest of an immortal world she was happier not knowing about. She also doesn’t believe she’s destined for some great battle because of an old birthmark. Forget the fact that her mate is the sexiest thing on two stubborn feet, or that her brand is fading along with her health. She’ll handle things on her own—until an old enemy reappears and she learns the only way to stay alive is to actually mate, wild sex and all, with that ripped and dangerous Adare—a powerful, captivating Highlander who demands nothing less than everything . . .

This was another rip roaring story in the series.  I have always experienced some unusual things in the previous stories in this series.  This book definitely kicks that element up to another level.
A certain amount of time is spent with both of the M.C.'s fighting against how they didn't need each other.  Yes, the attraction was there but Grace was a "no go" when it comes to being with Adare because of his sense of duty.  It's going to take a whole lot more than that to bring her around.
Grace got tossed into the supernatural world with no preparation. She still hasn't learned a lot.  Although after the coma she roamed on her own for 5 years.  Her takes her a long time to even begin to see how big the danger is for her.
Adare was all male warrior who has tamped down his emotions since forever.  He doesn't believe in love which is going to be a BIG problem for him.  He does has close friends and family.  Because of the SEVEN, he also has another group of brothers bound together.
One of those brothers is Benny.  Along with skill he brings charm and humor to the story.  I liked him a lot.  Please tell me his story will be told.
Plenty of action and danger and some angst fill the story.  Finally later in the story Grace and Adare do get hot and heavy with each other.

Some surprised definitely awaited me as I got closer to the end.  There was several twists and one which I never saw coming.  I really liked that.

It all ends with a H.E.A. for now.  Mainly because they all still have enemies out there.  And one really bad enemy who is still fighting to get free.


"I voluntarily read and reviewed an advanced copy of this book. All thoughts and opinions are my own.”
Posted by Flame at 9:46 AM