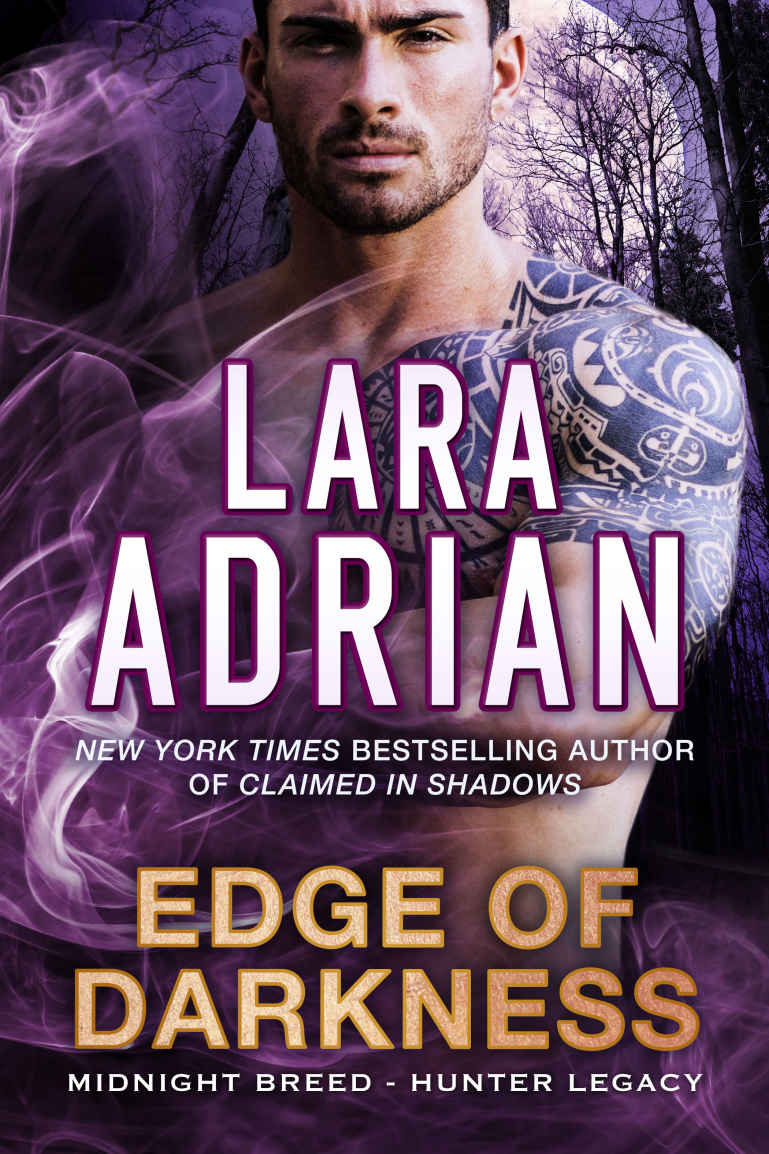 Hunters. The most lethal Breed vampires in existence--and Knox's cold heart thaws for no one . . . until a strong-willed beauty enlists his help in protecting an innocent child from a powerful, small-town family and a chilling evil that knows no bounds.

As a survivor of the horrific Hunter program, Breed vampire and former assassin Knox is a solitary man, closed off to the pain of love--and loss. A loner by choice, Knox deals in death and dark justice, expecting nothing in return. Until one snowy night he drifts into a remote town in northern Maine, where a determined beauty enlists his lethal assistance, tempting not only his hunger, but his wounded heart as well.

Lenora Calhoun has lived in tiny Parrish Falls all her life. Owner of the local diner that’s been in her family for generations, Leni’s as stalwart and stubborn as the tall pines that surround her. That unshakable resolve doesn’t sit well with everyone, least of all the most powerful family in the logging town. Leni’s been the target of their animosity for years, but with their escalating threats now putting an innocent child’s safety at risk, she takes a desperate chance on a dangerous stranger--a man who is something more than human. Knox’s deadly skills and turbulent gaze should be warning enough for Leni to guard her heart, yet she cannot deny the yearning he stirs in her blood. For the merciless Breed male is the only man she can trust in a town full of secrets, and where taking a stand could rip away everything she holds dear.

Book 3 in a brand-new Midnight Breed spin-off series of standalone vampire romance books that can be enjoyed in any order. Complete HEA and NO cliffhangers!  AMAZON LINK

I enjoyed this story even though it had some really evil people in it.  And they had been getting away with some really slimy stuff...for years.

But back to the main characters.  Knox was almost machine like in his responses to people.  But his life had depended on that from his earliest years as a child.  It's all he knew.  Showing any human emotions at all could have meant his death.  The background of being in that Hunter program was well fleshed out.  It was pretty easy to "feel" what Knox had gone through and was now going through as he starts interacting with people.  Leni really throws him for a loop and he couldn't seem to stay away from her no matter how hard he tried.

Leni is one tough cookie with a fierce love for her nephew.  She'll do whatever it takes to protect him.  Even putting herself in the line of danger to do it.  But Leni also has quite a secret that she is keeping and it's a good one.  I really liked reading about Knox and Leni as they interact with each other.  That was written pretty well and had depth as well as sex later on.

The ending was a good one with plenty of action and a surprise still waiting at the end.  H.E.A.'s are always welcome and this one had one, as promised.