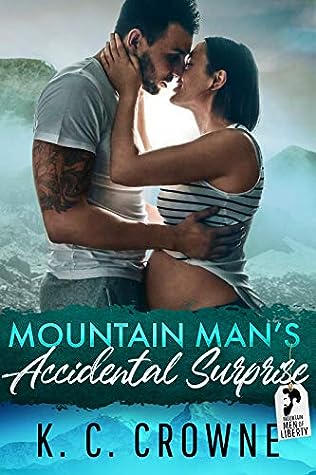 "I'm ready for my private striptease."
My bestie's bachelorette had to be amazing.
Luckily, my hired stripper blew everyone away.
Later that night, he gave me a private show I'll never forget.
But now...no can know our secret. Because the life of my baby literally depends on it.

After returning home my father gave me life shattering news.
How the h*ll could he sell me off to the mob??
With no other choice but to run...
The mountains would be my new home.
Safe. And zero souls who could recognize me.

Except, that last part is a lie...
Because the stripper who knocked me up...
Turns out to be anything but a stripper.

And now that he knows my whereabouts...
He's ready to show everyone just what the h*ll he's really made of. AMAZON LINK

Although I normally don't care for stories with the instant sex on first meeting, I knew going in that this was a part of it.  And I was intrigued with what the blurb had to say.

I liked both of the main characters and it was an amusing touch that Graham wasn't a stripper at all.  Good guy though?  Yes, he was even better than Emilia (Emmy) dared believe.  And she does have trouble believing it at times.  Because look how her father operates.  He's kept her basically under lock and key with no access to her own money.   The reader and Emmy both hope that her father loves her when time after time she is disappointed.  Money and power seem to be his main focus but you'll have to read it to see what wins out.

Graham's family was so warm and giving.  Everything that Emmy wished that she had growing up.  And even though she finds it hard to believe, the family has some serious skills when it comes to protecting her.

It came to a good dramatic ending which I enjoyed.