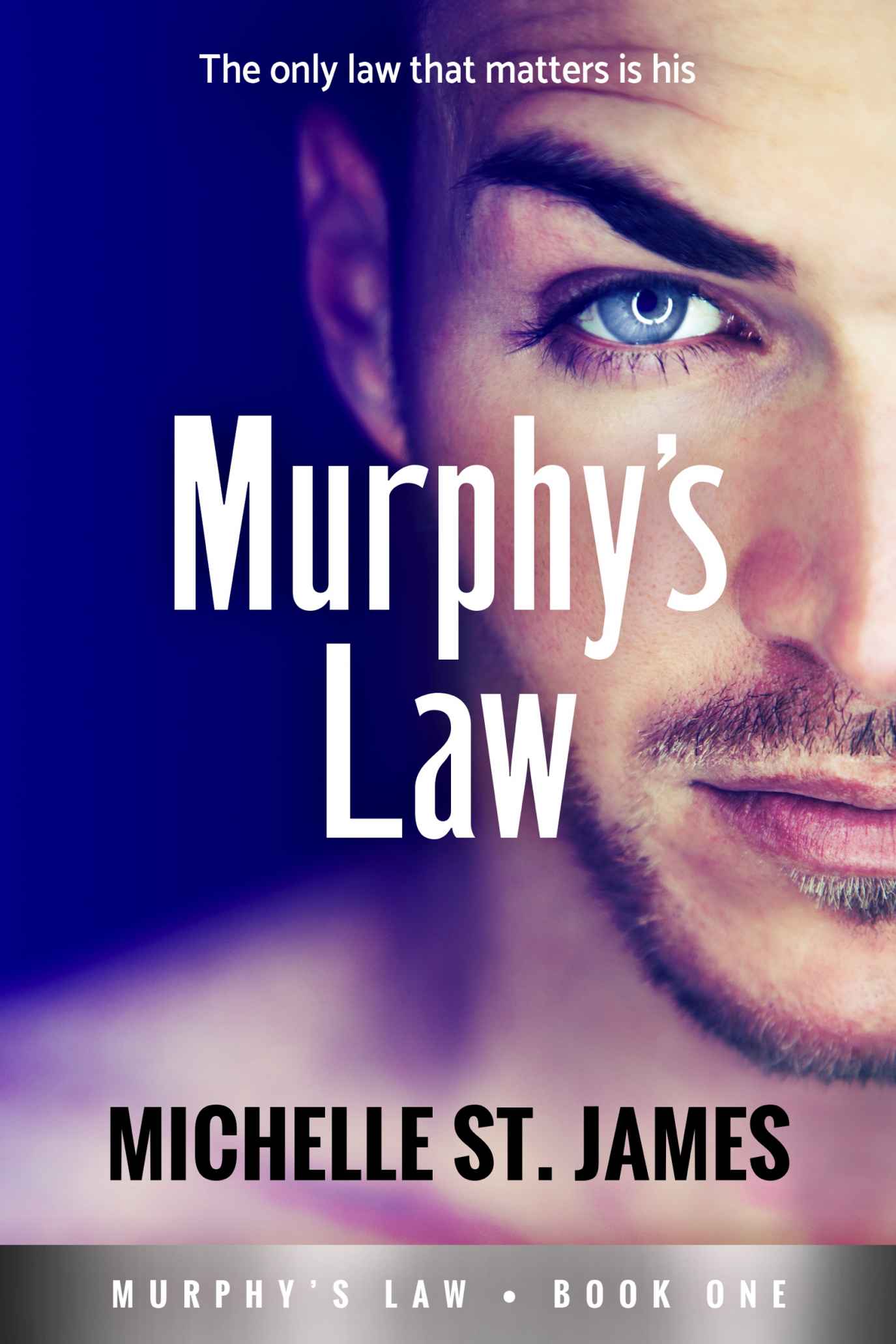 *** MURPHY'S LAW is book one in a three book series. It is not a cliffhanger in that Ronan and Julia are together at the end of this book. The suspense plot, however, continues into books two and three. ***

Personal tragedy taught Ronan that he couldn’t count on the law. Now he and his brothers issue justice from behind the guise of a high-end security firm that steps in when the law has failed. A former Navy SEAL, Ronan lives by a set of ironclad rules: take care of business, look after his family and his dog, don’t get close enough to hurt — until he runs into Julia Berenger in a back alley.

Julia Berenger will do anything to find her sister.

Two weeks after her sister Elise’s disappearance, Julia has only one lead — the wealthy, powerful man Elise was seeing before she went missing. But when Julia takes matters into her own hands, she comes face to face with a man casing the same subject, a man who informs her that he’s been hired to find and punish the people who took her sister.

As the pair find themselves inextricably tied to the same mystery, their bond deepens. Soon they’re breaking all the rules, tracing clues that lead from the wealthiest members of Boston society to the glitzy underbelly of Dubai as they search for Julia’s sister. But when a chance to save Elise endangers Julia’s life, Ronan is forced to accept that when it comes to love, pain is sometimes part of the bargain.   AMAZON LINK
3 STARS

Although this book had potential, it just didn't do it for me.  It really didn't even have to do with the dark hero that Ronan was either.  I pretty much knew that going in.  But what also helped ruin it for me was the boat load of "F" words that seemed to be way overdone.  For me it became distracting and then irritating.  Yes, I know it's an adult story but so much of it seemed so unnecessary.
Yes, I know that not everything was answered in this book and the author even  makes sure we know that.  However, I have no desire to follow through to any more of the stories.  Sorry, author.
Posted by Flame at 9:01 PM