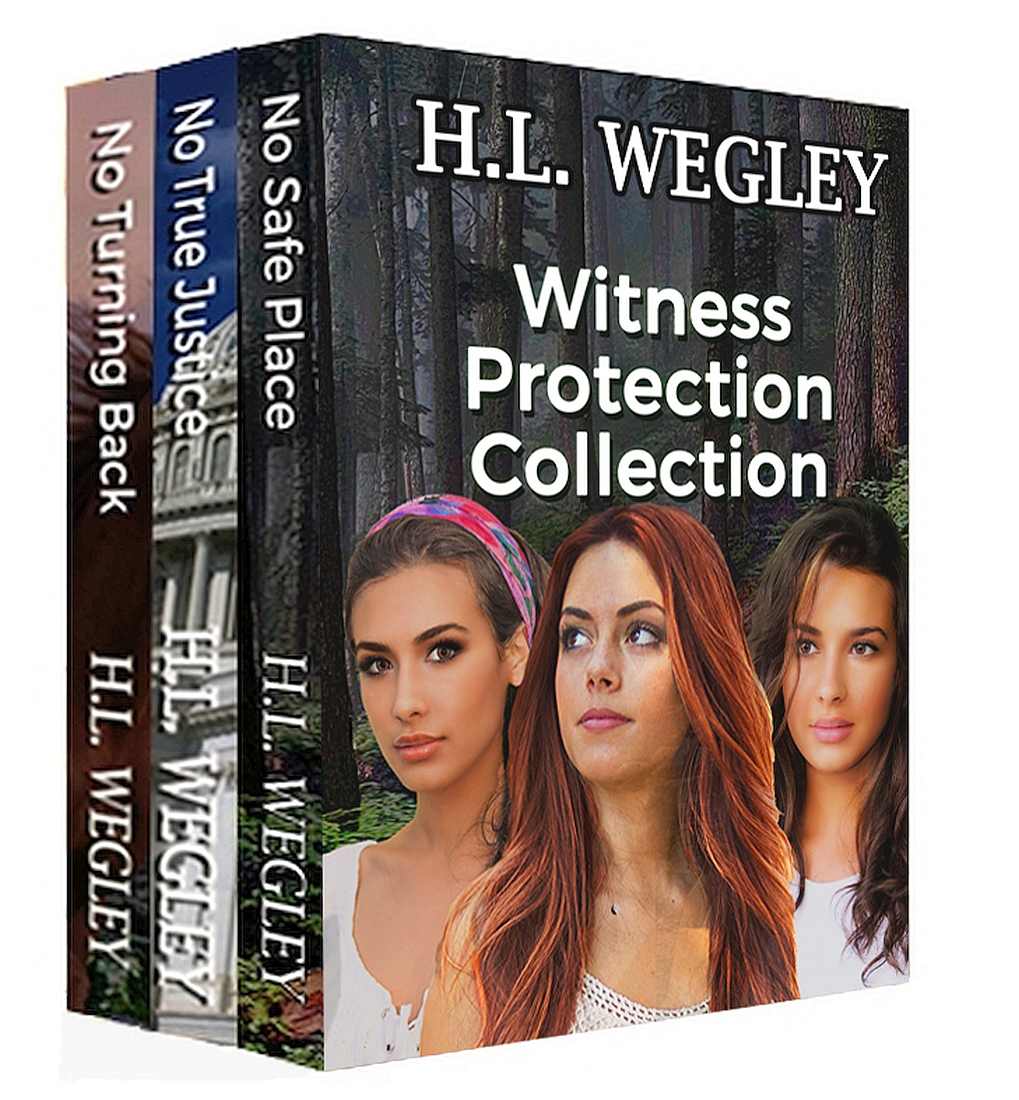 Book 1 - No Safe Place
When Randi, a world-class, middle-distance runner, literally runs into Matt on an Olympic National Park trail, she believes she's found someone who can help heal her heart. But she learns Matt has secrets that threaten both her heart and her life. Matt is a prodigal trying to come home from the far country, but how much is he willing to give to restore his honor?
No Safe Place is a clean, action-filled, romantic-suspense story that races from the scenic beaches of the Olympic National Park to the beauty of Lake Chelan in Central Washington State, a story of courage, honor, faith, forgiveness, and love.

Book 2 - No True Justice
They forced Gemma Saint into witness protection, not to protect her, but to silence her.
After testifying in a high-profile case, Gemma, a young intern at an influential media outlet, is forced into WITSEC by corrupt DOJ officials hoping to silence her. When Gemma’s testimony at a retrial threatens their elaborate conspiracy to control the upcoming presidential election. Gemma learns from her WITSEC Inspector her identity was compromised and someone in the DOJ has sent a team to kill her.
Gemma seeks help from Lex James, a young investigative journalist and offers him the biggest story of his career. But Lex was recently given custody of his deceased sister’s four-year-old twins, Josh and Caleb. Sparks fly when Lex and Gemma meet, and the boys see their mother in her. But can she endanger this fragile family? Should she run away, sacrificing her life and the course of her beloved country?
Lex has difficult choices, too. But the highly gifted boys, Josh and Caleb, have their own opinion about what should happen, and it is not wise to underestimate four-year-old boys with 200 IQs.
No True Justice is a clean, high-action, romantic-suspense story set among the breathtaking canyons and rivers around Lake Billy Chinook in Eastern Oregon.

Book 3 - No Turning Back
When, Drew West, a young man much like her dead father, offers Beth Sanchez protection, will trusting him bring another massacre, one that takes her life too? How can a young cowboy from Central Oregon protect her from the vengeful leader of a Drug Cartel who wants her dead?
Drew has reasons for wanting to protect Beth, reasons that run deep, all the way to his heart and even deeper yet, to his soul. No one in his charge will ever be hurt again, no matter the cost. But can he convince Beth of that or will she opt for witness protection?
Set near Big Bend National Park and in Central Oregon, near the Deschutes River, No Turning Back is a clean, high-action, romantic-suspense story about love, courage, and the futility of human vengeance.  AMAZON LINK
4 STARS


BOOK 1- No Safe Place 4 STARS *
I had some mixed feelings about this story.  But because of several different things I think it deserves 4 Stars on Amazon.
Both Matt and Randi were good main characters. Matt is dealing with guilt and feeling his choices are unforgivable.  Randi has her strengths and they are shown well. However her weakness is the feelings of rejection which her parents hurt her with.
And the evil assassin Zambada was well written as not just a dumb hired gun either.  Not only evil but clever and relentless.
His boss, Arellano is also known to be cruel and vindictive but he doesn't show up until much later in the book.
The mixed feelings come in for me when it comes to the emotional relationship that was developing between Matt and Randi.  The constant rocking back and forth between them got old for  me.  Matt was sending so many mixed signals.  It was "I want to stay in your life Randi and I will never leave you".  And then "Oh but no I can't because it could get you killed."  While realistic it just felt a bit overdone with all the seesawing back and forth.
Some people might not enjoy the bit of preaching in this book as well.  However with a good amount of action, mystery, plots and the M.C.'s overcoming evil the best they can?  That deserves the higher score from me.  The Epilogue at the end was also a nice touch.
Book 2 - No True Justice *  4 STARS

There was two good main characters in this story. That would be Gemma and Lex. It doesn't take too long to care what happens to them.   And makes you want to see them win over their enemies.
The twins Josh and Caleb sure add a lot too.  They weren't kidding when they said that the twins were little geniuses.  They weren't shy when it came to announcing their "two hundred.  They even had developed their own "foreign" language that works well for them especially in moments of danger.  They also add some humor too!
There is plenty of intrigue, danger and action in this story.  They are plenty of bad guys but also good guys out there trying to help.    More than once I almost wanted to slap Gemma.  That happened when she wants to argue sometimes loudly in the midst of dangerous moments.  Like car chases, hiding and running.  Every time she did that made me want to groan.
Faith definitely plays a part in this book and you can see their faith in God at work.
The story comes to a good end and includes an Epilogue.

Book 3 - No Turning Back   3.5 STARS
Drew and Beth were good main characters who each were dealing with their own challenges.  Drew had a hot temper especially when faced with someone threatening someone he cared about.  He had natural skills but also relied on them a tad too much.  Something that he will be forced to deal with as they run for their lives. Beth carried survivors guilt to go along with painful memories and the fear that Hector Suarez still hunted for her.
When the story first started I ended up feeling like this story might be too young for me.  Probably because of the opening conversations between Drew and Beth. It sounded a bit juvenile to me.
I got tired of hearing about Beth's INTJ personality and found that a bit hard to follow at times.   I got it after awhile that she was mainly brains, who didn't share a lot of her emotions or affections.  Just began to feel like it was mentioned more times than I liked.
There is plenty of action and danger though along with a strong Christian influence, and a clean romance.   A sweet Epilogue adds to their H.E.A.
On a special note I did enjoy the author's note and found it pretty interesting.