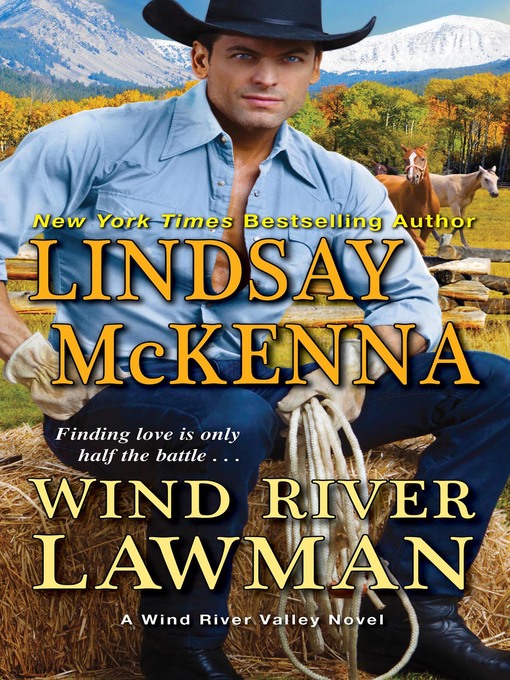 The new novel from the bestselling author of Lone Rider.

Sometimes the war comes to you . . .
After serving as a Navy medic, Dawson Callahan is back in the States and ready to start over. Leaving his native Texas, he heads for the wide open spaces of Wyoming, where he finds work as a wrangler. True, he'll mainly be wrangling chickens—and wrangling Sarah Carter's granny, who's still spry, but in need of a little caregiving. But ranch work is ranch work, and it's hard to turn down a job offer from the beautiful Sheriff Carter—especially when she deputizes him as one of her lawmen.

Sarah loves her grandmother, but with her law enforcement career keeping her busy, they could both use some help from a strong, steady man. And policing Lincoln County has only gotten tougher since a merciless drug lord arrived in the area. When Sarah takes a bullet on the job, it's Dawson who comes to her rescue—and though they both thought they left war behind in Afghanistan, they'll do whatever it takes to protect what's theirs, even if it means facing down traumas they've buried for years. Because love isn't for the faint of heart . . . AMAZON LINK
3 STARS

A good story with even better main characters.  Dawson wasn't exactly what I was expecting but he was multi-talented with a very good way of discerning how to handle people.  That is also more than just from the medical angle as well.  He genuinely cared about people  and usually saw deeper into the way that they were hurting.  He knows that he doesn't always know exactly what to do but he still does pretty well.  He is attracted to Sarah almost from the start and they have more in common than they had realized at first. She "notices" him right off the bat too.  But they take things slow and easy as they are running for their lives.
Pain.  That is something that both Dawson and Sarah had in their pasts.   Both had experienced trauma from serving in the military but also from personal tragedies in their lives.  Add to that the dangerous family that lives in the valley and continues to wreck havoc. The Elson family is trouble and continue to cause it.  The are vengeful and will kill anyone who tries to get in their way.  That's not just a threat, they have done it before or at least tried to.
I liked how Sarah said and the reader found to be true that Dawson treated her as an equal.  Even if the danger of her job scared him at times.
There is a great family backup for Sarah.  Her grandmothers Gertie (the spunky, take no prisoners one) and Nell (the more genteel one).  There are also friends and co-workers who come in and help support Sarah when she needs them the most.
The tension is kept pretty high and there is action that will satisfy.   On the downside:  I know the M.C.'s needed to communicate but at times it felt like there was TOO much talk.  Especially when something was re-hashed over and over. Seems to be that in other books by this author I have commented on this same thing. But it slowed the story down quite a bit at times.  So did what I felt like was the over detailed descriptions of rooms and the antique furniture.  I know it played a part in the story but after awhile I kind of skimmed over some of that.  Sorry author, I know you probably worked hard on that.  Even after all of that would I read anymore by this author?  Yes, probably skimming over the parts that I wasn't as interested in.  It was a fairly good story just with parts I wasn't as interested in.