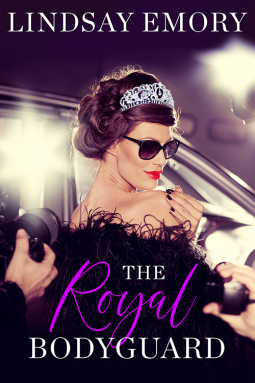 When Princess Caroline of Drieden of the Royal House Laurent eloped with a race car driver, she forfeited her royal title and her family.
Now a widow and exiled from Drieden, Caroline is working as a journalist, writing exposes under a pen name. When, one day, she catches sight of her sister Thea's ex-fiancé, she's stunned - Christian is supposed to be dead. Here could be the scoop of the century.
But Caroline's plans to uncover Christian's deception are foiled by the arrival of Hugh Konnor - her former bodyguard and Caroline's first - unrequited - love. When Hugh stubbornly refuses to leave her side, Caroline can't deny they make a good team.
As they unravel a web of deception that could bring down the House of Laurent, Caroline must decide how far she's willing to go to protect a family she feels deserted her - and whether the man who swore to guard her body can safely hold her heart.  AMAZON LINK
3  STARS

Different. If I had to choose one word to describe this story that would  be the word.  I was expecting a sort of lighthearted story and in some ways it was.  BUT, it was also so much more.
Caroline was a very interesting main character; one that I liked.  She was the black sheep of the family.  The real truth is that she was unique and marched to the beat of her own drummer.  Oh, she had tried to be the proper, make no waves Princess Caroline.  She followed the "rules" for years until she just couldn't do it anymore.  And when she was stripped of her titles and basically exiled from her family?  All bets are off!  She still loves her family, well most of them but she is left making her own life now.
The push-pull relationship between Hugh and Caroline made for some interesting reading.  Hugh was really good at hiding his feelings but you could just sense that there was more there than just someone in a palace guard mode.  He does really keep all his cards close to his vest.  You think Caroline has some secrets?  Well so does Hugh.
Be prepared to visit more palaces, countries and places.  Because there is a threat and a mystery or two that needs to be sorted out.
I did like how the story was concluded.  It also had a slight hook, a question that could lead to another story about this family.

“I voluntarily read and reviewed an advanced copy of this book. All thoughts and opinions are my own.”
Posted by Flame at 5:21 PM