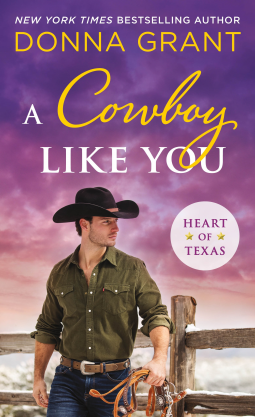 In the Heart of Texas, a heartthrob cowboy may get his second chance at love…
Danny Oldman, the handsome Lone Star sheriff, is still single. He tells himself, and anyone who asks, that he is married to his job—and what matters most is keeping the people of his beloved Texas hometown safe. The truth? Danny still hasn’t gotten over his high school crush. She moved away after graduation and took Danny’s heart with her.
Skylar Long never thought she would have to flee Houston and return home—where it all began for her. But that’s what happened after the man of her dreams turned out to be an actual nightmare. Now, Skylar is desperate to escape her obsessive boyfriend. Nothing shocks her more than seeing Danny again and realizing that their long-ago attraction is more powerful than ever. But can she and Danny find a way to fight against Skylar’s wealthy, powerful ex who is dead set on tearing them apart?
AMAZON LINK
4 STARS

Both Skylar and Danny were good main characters, they made you want to see them win.  And for them to win and be together. Danny was such a solid good guy who had helped so many people.  Now so many people want to be there for him.
Skylar got sucked into her ex Matt's web because he had been good hiding the monster that he really was.  Now she has to fight to stay out of his reach.  And what a fight it will be.
There were really good secondary people in the story.  It seems like there was more story about the support that Skylar and Danny were getting from the people around her than the romance between the M.C.'s.   Of course, Matt and other things keeps everything jumping.
Matt was one violent, evil guy who was way too clever.  He was REALLY skilled when it came to trying to manipulate and control people.  Let's face it.  It's not his first rodeo. And it didn't help that he had so much money and influence.  You just didn't know what he was going to do next. The tenseness that Matt creates is felt throughout the story.  His overconfidence and desperation to get Skylar back ramps things up even more dangerously for all.   It makes things even more interesting as the story comes to it's end.  There is an Epilogue included and everything wraps up.  The only thing I might have liked to see is more consequences shown with Matt's family.

“I voluntarily read and reviewed an advanced copy of this book. All thoughts and opinions are my own.”
Posted by Flame at 9:39 AM