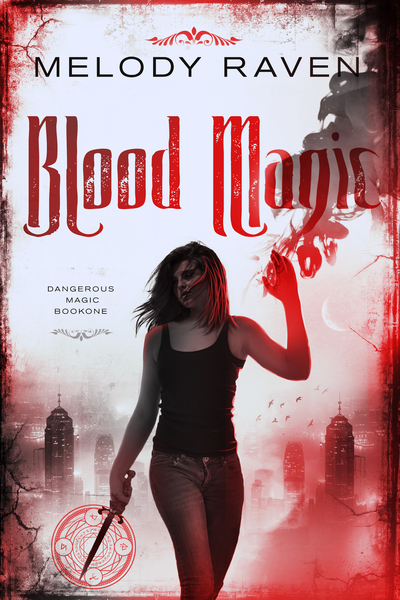 I’m not a wicked witch, but I’m not a good person either.  How I came to be the newest recruit to the Dangerous Magic Division of Homeland Security is beyond me. It’s the first time I’ve ever tried to work with the law instead of against it, and, believe me, good doesn’t come naturally for me.

But between a psychic who has no idea how to use her powers and a partner who cares more about rules than actually getting the job done, I feel like I’m the glue holding this team together.

All of my new colleagues have their own secrets, but we’re going to have to get along if we’re supposed to help the humans of the world survive. When the pretty simple missions we’re assigned start pointing to a bigger plan, every single one of my well honed instincts tart screaming at me that something is wrong.

Because I start to suspect something sinister has infected our new team. Something dark and deadly and we’re only going to be able to stop it if we work together. But how can humanity trust us to save them if we can’t even trust each other?   AMAZON LINK
4 STARS

I was surprised how quickly I found myself smiling. I wasn't very far into the story when that happened. Sonia (the main character) was the driving force behind that. Man, I like me a feisty, mouthy heroine (?). I think the jury is still semi-out on the heroine part. At least for some of the people that surround her. One of those that hates her because she's a criminal and not to be trusted is now her supposed boss/partner. His name might be Carter but in her mind he's Boy Scout.

If you're looking for a story that has twists and turns this book should do it. There are several really good ones towards the end of the book too.
I just blew through this story because it kept my interest all the way through.

“I voluntarily read and reviewed an advanced copy of this book. All thoughts and opinions are my own.”
Posted by Flame at 1:24 PM