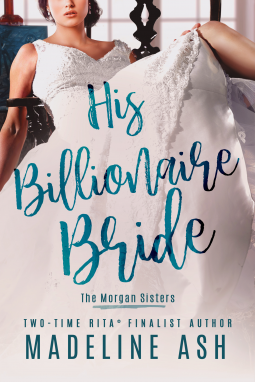 She’s got it all… on paper
Business investor Carrie Morgan is guarded for a long list of good reasons. She’s battled her way to the top of her industry, dealt with enough bad sex to put her off men, and if her painful past has taught her anything, it’s that commitment always ends in heartbreak.
When Carrie’s sister asks her to sit for a portrait—as a bride—she uneasily agrees. Anything for Emmie. Even if it means intimate nightly sessions with her secret fantasy: artist Edwin Prince.
Rejected by his family and treated as temporary by past lovers, Edwin will settle for nothing less than commitment — and wants that and more from the beguiling Carrie Morgan. Startling them both, she allows him to unwind her emotional bindings one intense interaction at a time, until their chemistry builds so high, she’s blinded to the fall.
And the only way out is to break both their hearts.  AMAZON LINK  5 stars


The book information caught my eye right away as did the eBook cover.  I thought, "Oh, this one is really a different slant and could be really good."  And it was.  I also noticed and liked the descriptive flavor of this author.  She made things come alive.  And it made things feel that way too!
I loved the main characters.  They couldn't be more different if they tried.  They couldn't have been more incompatible if they tried and they shouldn't work.  On paper they don't but  together now that is a different story.
Edwin was bright, likeable and joyous and with so much talent.  It cracked me up that people had a nickname of sorts for Carrie.  She was the wolf and intimidated the daylights out of just about everyone. But I liked even more the nickname Edwin gave her and how it came about.  Her talent was from a totally different realm than Edwin's.  She was brilliant in the business world but what most people didn't see was how precious her family was to her.  She carries a lot of pain caused by family losses and failures in the romance area.  That makes her incredibly self protective.  Edwin carries pain as well but that turned out to be quite a surprise to me where a lot of it was coming from.  Not the fact that people would be attracted to him and his energy.  Not that when they had got "all they wanted" and then they abandoned him.  All of that was bad enough but there was even more reasons for his pain and you will have to read the book to find out why.  One of his secrets made me a bit uncomfortable but the story was so dang good that I just kept reading.
All of these things and more made it an emotionally good story.
It all comes to a stunning, emotional, brilliant ending.
You might also like to take a look at the the  excerpt of "The Wedding Obsession."  Its the first book that features Emmie (who is Carrie's sister) and Bran.