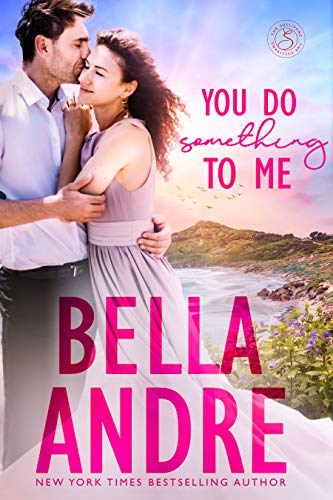 Alec Sullivan has always believed he has it all. A billion-dollar private aviation business. A penthouse apartment in New York City. Beautiful women who know better than to expect him ever to fall in love. And great siblings for whom he'd do anything. But when Alec's business partner passes away and leaves everything to a daughter Alec never knew about, in an instant everything in his life turns upside down...all because of Cordelia.

Cordelia always thought she was perfectly happy with her life. She owns a garden store she loves, lives in a pretty little cottage in the same town as her adoptive parents, and figures there's plenty of time to meet Mr. Right. But she never counted on becoming the surprise heir to a fortune...or on meeting a man like Alec Sullivan. A shockingly sexy billionaire who makes her heart race and melt all at the same time.

Neither Alec nor Cordelia plans on getting any closer than they have to. Only, how can either of them fight this kind of heat, this depth of desire? And when Cordelia needs Alec's support, it's pure instinct for him to be there for her. But when it's her turn to help him confront his deepest pain, will Alec let her in? Or will he push her away, just as he's pushed away everyone who's loved him for the past thirty years...AMAZON LINK

This was an emotional story with strong main characters.   They had depth and were well fleshed out.  The romance that developed from the strong friendship between Cordelia and Alec was also well done.  Later there will be sex between the two.  A fair amount of it to be honest.  With Alec having almost one foot out the door when it comes to getting too close.   Love terrifies him especially after seeing what it did to his mother and father.  That is an obstacle that will be overcome.  But the road to getting there is a interesting one.

There is also a strong group of Sullivan family that were good supporting characters.

Everything comes to an end with a H.E.A. and a good Epilogue.