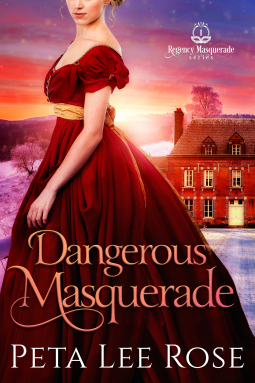 To avoid either fate, Ria St. James has to thwart her deceased husband’s nephew who intends to marry or murder her—either will do! She also needs to evade the determined pursuit of the Earl of Arden and contend with well-meaning matchmakers. Clearly, Ria needs a plan. And if it fails, she could lose her heart, her life, or both.

The Earl of Arden enjoys the life of a rake and has a particular liking for widows as they understand the rules of engagement. But his flirtation with Ria St. James does not go to plan. He never expected to become captivated by the widow. Nor did he expect to discover her life was in danger. Clearly, she needs his protection. And if he fails, he could lose her forever.   AMAZON LINK

I really liked this story and adored Ria.  She was a woman of honor, compassion and loyalty to those she loved.  She was also forced to do something that went against her conscience to protect the people she loves and fulfill her dead husband's wishes.   But at least she has a choice in the person with who to do the deed.  And Luc the Earl of Arden has no idea what hit him when they meet us. They are not as unknown to each other as he thinks. He is drawn to her but just chalks it up to sensual attraction; well at least at first.

Both of the main characters were well drawn  with depth and good world building when it comes to their history.   As time when on I began to really like Luc as well.  He was definitely a complex man, much of his quirks were formed by his battling, unorthodox parents.   He is friends with Devon from childhood and they have a sometimes humorous encounters.

There is a twist about Monty her dead husband which I was a bit uncomfortable with at first.  But it was done nicely  without overdoing it.

The spoiled nephew, Geoffrey hit all the notes as a dangerous villain  who looks angelic but hides behind that image until rage overtakes him.  He proves to be extremely dangerous.

This book had surprises, twists, turns and a good romance.  All in all, I enjoyed it especially the H.E.A. and Epilogue that is included.