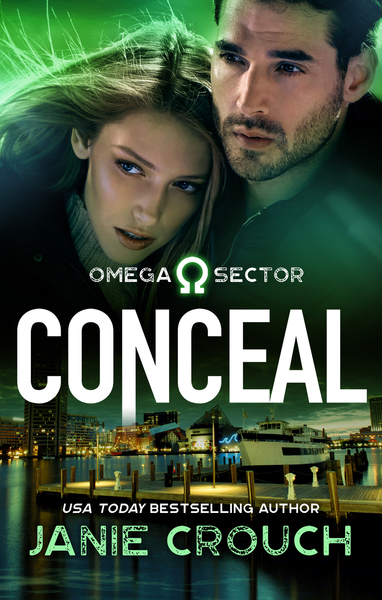 As Bob and Lisa Sinclair, Omega Sector agents Evan Karcz and Juliet Branson were a formidable couple—until a brutal attack left Juliet traumatized. But with a powerful crime boss selling military secrets, the safety of millions depends on the undercover operatives. It's up to Evan to rehabilitate Juliet…and not fail her as he did on the mission that still haunts him.

Evan's strategy is to be near Juliet night and day to practice posing as a loving couple. But soon he realizes there's a sizzling passion between them. And it's being threatened by forces stronger than they ever realized. With a killer stalking Lisa Sinclair, her "husband" knows he'd risk his cover—and his life—to protect her.

This book knocked it out of the park! Great main characters? Check!  A sweet romance?  Check! Danger coming from more than one place?  Check! Juliet and Evan being really smart people when it came to uncover work?  Check!

The trauma  and it's aftereffects that Juliet had endured as Lisa Sinclair was easy to feel.

Another kind of trauma is now something she has been dealing with daily for a year.  It was the Sweetheart Stalker that is relentless in his pursuit.  And he's escalating.

The tension is kept tight in this story and kept me totally involved.  So did the developing romance between Juliet and Eva.  I really enjoyed how  Evan was there for Juliet every step of the way.

I also have to give a nod to whoever designed the eBook cover.  Nice.