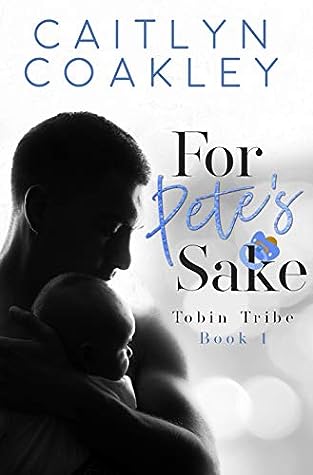 There’s nothing hard-as-nails attorney Ethan won’t do for his nephew Pete—including marrying a total stranger!

Embattled CEO and newly-widowed Stephanie Kerrigan also cares about exactly three things: keeping control of the family business that her board of directors is hellbent on taking away from her, having a baby, and winning the lawsuit Ethan Webb has filed against her. What was Stephanie’s crime? Being married to Pete’s scumbag father.

After spending less than an hour with her, what possible reason could Ethan have to suddenly ask Stephanie to marry him? And why in the world would she agree? That’s easy: extreme mutual need. Besides, it’s only for a few weeks. There’s no need for it to get complicated. Until it does.

Amazing story on so many levels.  The main characters were deep and complex.  Even some of the secondary people were well drawn out.  The emotions were strong and deep as well.

I found it interesting how Ethan had a shark like persona that he went into in a well explained process. He saved his soft side for his sister and his nephew Pete.  Most people didn't think he HAS a soft side.  He would do anything to protect Pete and keep him out of foster care and he proves it.  His own memories of foster care are portrayed vividly but without taking over the story.  His tenderness with Ethan was very touching.  His panic at possibly losing Pete was also almost palpable.

Stephanie's childhood was so different from Ethan's because of the wealth and family that was there for her.  But she carried her own hurts especially of never feeling like she fit anywhere. But her aunt and uncle Tobin were solid in their support of her.  And their sons were like brothers to her.  It was a family of choice as far as she was concerned.

She had challenges coming at her from so many directions especially those coming from people on the board of her company trying to oust her.

That was another depth to the story and comes along with quite the surprise twist or two.

I liked how the story ended with a H.E.A. for all expect those that crossed Stephanie.     She gets justice for several wrongs against her.