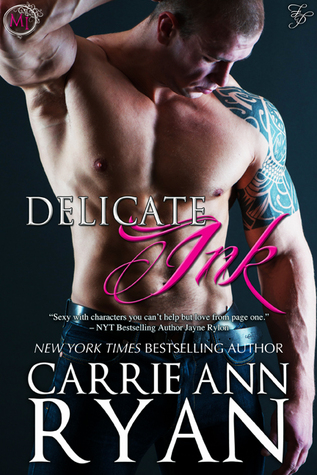 he First Full Length Novel in the Bestselling Montgomery Ink Series
Confirmed bachelor Austin Montgomery is ready to settle down. The eldest of eight Montgomerys, he’s the big, bearded and broody one, yet one look at the new owner of the boutique across the street, he knows exactly what he wants. Her.

Finding a man is the last thing on Sierra Elder’s mind. Wanting to cover up scars that run deeper than her flesh, she finds in Austin a man that truly gets to her—in more ways than one.
Although wary, they embark on a slow, tempestuous burn of a relationship. When blasts from both their pasts intrude on their present, however, it will take more than a promise of what could be to keep them together.  AMAZON LINK

What can I say?  This book had potential with interesting main character.  BUT...the story was so buried under SO much sex . That for me, that was a minus.  Sure, that was probably well written but I just happen to like the story to be more in the forefront.
Although now that I think about it , there was a lot going on with several story-lines. Too many maybe?
There were some pluses.  The whole Montgomery family and how they stuck together whether they were Montgomery's by blood or being grafted in is one.
And let's just leave it at that.