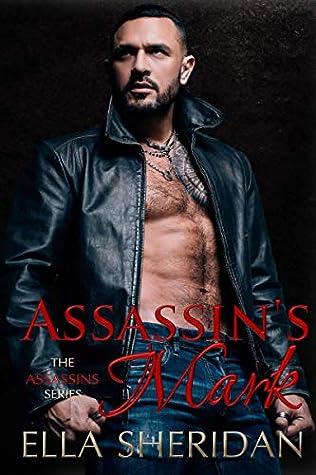 I knew the minute I saw him that Levi Agozi was too perfect to be real. I didn't care. He came to me, asked for me, and, dazzled by his dark good looks and the bad-boy aura surrounding him, I gave in. Willingly.

My father is set to become the next governor of Georgia, and he'll use me to get there if he has to. He'll hand me over to the man with the biggest bank account and political pull.

I wanted something more.

I wanted Levi. And I had him—until I woke up, disoriented and confused, at his mercy. He’s a bad boy, all right. A sexy, deadly assassin. And I'm the pawn torn between him and my father, two powerful men intent on destroying each other.

I might not understand their war, but I do understand one thing: no matter who wins, I lose.
AMAZON LINK
3 STARS


Definitely had mixed feelings on this one. I knew going in that Levi was going to be kind of an anti-hero and he was. He does have his own code and the only people that he trusts and loves is his brothers.
I will say that sure I was pretty sure that were going to sex scenes in the story but wow, way over what I was expecting. That was on the downside for me, especially the only time Levi really interacted with Abby was then. The rest of the time he was pretty ruthless, letting no weakness show.
Abby had been so controlled by her father that it was almost painful. She had become his pretty little puppet until she said "Enough". But then again that's also what lead her to take a risk with Levi. That's one jump that's gonna cost her.
I will say that the story was intense with plenty of surprises and that makes me want to give it some points on that. Huge twist at the end continues the intensity.
Is there going to be a H.E.A. for Levi and Abby? How's that going to work? Not sure but I just know, I'm not going to continue with any more of their story.