BOOK REVIEW- Playing Until the End by Stephanie Queen 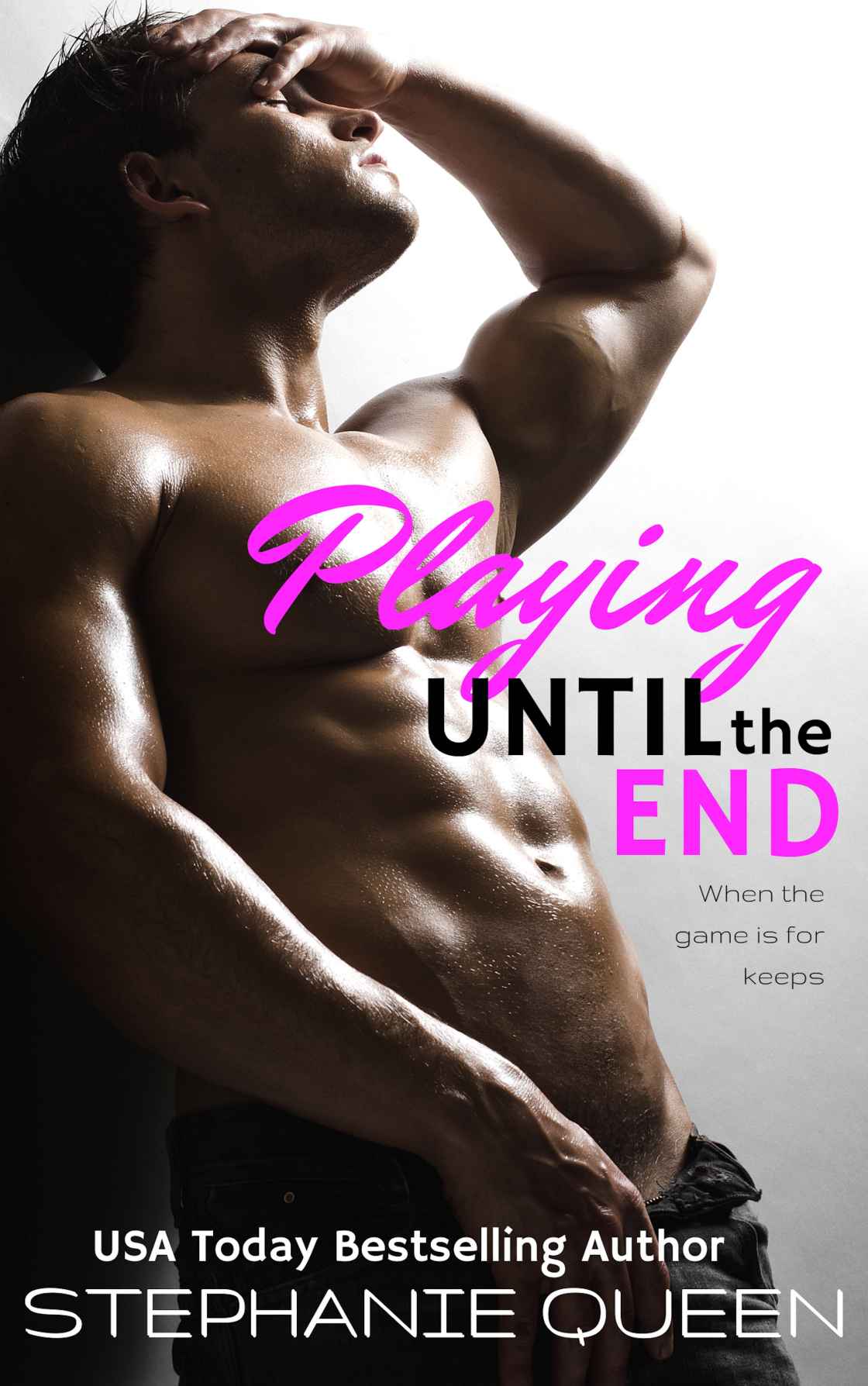 He’s on top of his game. Now he just has to keep it that way…

Trent Lockheed, a star football player, is aging out of the only life he’s ever had. He never bothered to think long term about his career—or his love life. Trent doesn’t know what comes after football, and he’s not ready to find out.

When a mutual friend suggests a meeting with Dr. Charline Morneau, Trent finds out she’s on the verge of a medical breakthrough, and he makes a dangerous bargain. He agrees to privately sponsor her struggling drug trial on one condition: he’s going to be a participant.

She’ll find a way to fund her research, no matter what it takes.

Charline “Charlie” Morneau is an ambitious physician and researcher, driven to find a cure for the degenerative family disease that afflicts her mother and younger sister. Short on funding, Charlie agrees to let Trent pay her millions for the privilege of being a research subject.

But it all has to be kept secret—for both their sakes.

The cover story to give her access? They’re engaged to be married.

It’s a devil’s bargain that could cost them both their careers.

Every day, it’s harder to keep track of the lies.
Every day, Trent and Charlie try to fight their attraction to each other.

The ruse was supposed to fool everyone else, but their hearts are what’s most in danger …
AMAZON LINK
5 STARS

I don't usually read a lot of sports stories but I liked the unusual story line that was part of this story's information. Plus, the fact that I've read other books by this author, I was pretty sure it was going to be pretty good. It was even better than I had hoped!  It had such depth, action and intensity.  Oh yes, there is also some sexual steam too!
Both Charlie and Trent were well drawn characters.  I couldn't help but like them and hope they overcome all the challenges that they faced.  And the emotions of both M.C.'s is easily felt.  A plus for me is that the medical science and the football information was easy to understand and follow.
Charlie's boss Dr.  Hogart is a bully.   And I really dislike bullies so that part was kind of hard to swallow.  Especially bullies in positions of power. Although he was well written and made me wonder if he was also lining his own pockets. I just flat out didn't trust him.  Since, he was introduced fairly early in the story, you can tell I got pulled in fairly fast.  My emotions were already engaged ..I wanted to see him have an epic fail and Charlie win.  Although trying to get around Dr. Hogart was often like trying to nail jello to the wall.   The intensity kept me involved and on the edge of my seat all the way through.
I enjoyed  the ending and the Epilogue that was included. For me, a good Epilogue is almost a near necessity after being drawn into a story and it's people.


“I voluntarily read and reviewed an advanced copy of this book. All thoughts and opinions are my own.”