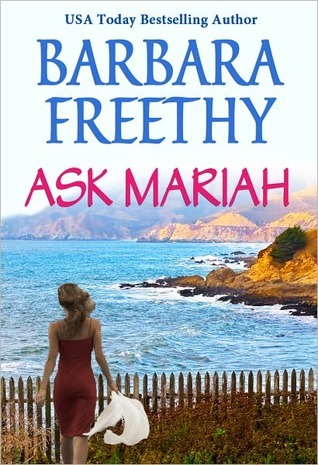 Joanna Wingate knows something is missing from her life, something she never dreamed she'd find in a handsome stranger's children -- mischievous six-year-old twin sisters who look up at her adoringly ... and call her "Mama."

Since his wife's accidental death, Michael Ashton has struggled with his many responsibilities as a single parent to twin daughters who, though they clearly love him, refuse to speak to him. Then he meets Rose and Lily's new teacher, and his emotions spin out of control. For Joanna Wingate is the mirror image of his late wife.

Bizarre coincidence, a strange destiny... or something altogether different has joined these four lives. The twins believe Mariah -- a magical fortune-teller in a crystal ball -- has the answers. But only Joanna and Michael's willingness to confront long-buried secrets can guide their families back to wholeness ... and unite them in a love that seems meant to be.   AMAZON
4 STARS


This book had really good main characters with a group of equally interesting supporting people.  If you are looking for a story that has emotion as well?   This book also has plenty of that.  Also long held secrets that are being ripped open.  And some painful chips are going to fall.
As time goes on, it doesn't take long for Michael to get over his shock of Joana's resemblance to his dead wife.  He begins to see differences between the two; good ones.   He still tries to fight his attraction though because he can see all the potential roadblocks ahead.
Joanna falls in love with the girls first.  Both Rose and Lily capture her heart and they are quite the pair.  And then Michael follows pretty closely after that.  Like she says how can she resist this handsome man who is so tender with his daughters?  Especially since he is dealing with their refusal to talk to him.  Oh, they love him and they will hug him but no talking at all.  It's frustrating and hurtful to him but just keeps on loving them and being there for them.  There not talking to him is just another secret in the story.   It makes for some interesting situations.
Joanna's mother is something else.  She loves her daughter but her possessiveness was bad before her husband died but now it's off the charts.  So, yes there will be fireworks.  And confrontations and love.
The only thing I didn't care for was the fortune telling aspect of the story.  But I must have missed that in the information because it was mentioned.  Going to fortune tellers is a big no-no for me.  But I guess if you look at Mariah as a fantasy creature  instead of a fortune teller or psychic that MIGHT be okay. She doesn't show up too often.  Still the decision is up to you, in the end.
Speaking of end, it had a pretty good one.
Posted by Flame at 1:28 PM