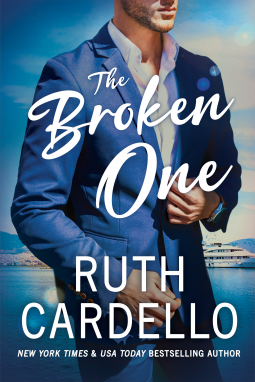 In New York Times bestselling author Ruth Cardello’s sexy and emotional romance, a billionaire dares to invest in the riskiest proposition of his life: a second chance at love.
Single mom Heather Ellis would do anything for her adopted daughter, Ava. Even post an online reward for anyone who found the girl’s lost stuffed animal. Who’d have guessed it’d be returned by a drop-dead-sexy man with such sadness in his eyes that she had to reach out to him? To Ava, he’s a hero. To Heather, he’s a fantasy that puts at risk the happy life she’s made for herself.
It’s been five years since billionaire developer Sebastian Romano lost his wife and unborn child in a tragic accident. Now he’s all business. No room for emotion. Until he stumbles across that damn stuffed wolf and the beautiful single mother looking for it. Is he ready to give love a second chance?
But there’s more to Sebastian, his family, and his past than Heather knows. More than even Sebastian knows. Will the life they build together be challenged when the truth is finally revealed?
AMAZON LINK
5 STARS

I have to admit that when the book first opened I got a bit confused.  How does Judy Corisi fit in this story?  Yes, I know that this book is Corisi Billionaires but it took me a bit of time to figure out some of where she fit. And she wasn't mentioned in the book blurb.  I have to say that I did like Judy and wanted to know more about her and her family.  She is one determined, clever little girl.  It made me want to know even more what the big secret is. And it all started from a school project of making a family tree.  Her part of the story does show up from time to time giving bits and pieces of her search.
Heather is quite the character and she made me laugh. She was also quite unpredictable when it came to what she would do or say.  Not in a bad way but often in smile-worthy ways. Factor in that she also has some clumsy or embarrassing moments too.   She had a filter but she was also honest to the bone.  She even admits that not everyone could handle her level of honesty.  She was kind so she wasn't out to hurt anyone.  The only time she told two lies were tiny ones to help protect someone's job.
Sebastian was on a long road of recovery from his losses.  Only thing is, he isn't doing too well.  How could he when he only allows himself to deal with it on the anniversary of that loss and then he stuffs it back down again.
His family is worried about him.  It was emotional when his mother told him that she had loved his wife too.  That she lost her first grandchild too.  And even worse, on that day she had lost her son (him) as well.  That was a attention getter.
The first meeting between Heather and Sebastian started out okay.  But after Sebastian says something SO stupid, he ends up with the door slammed in his face.  It won't be the last time.  He sent so many conflicting signals but hey, he's a guy.  And he's still trying to heal.

I wanted to give this book 5 Stars for the humor alone but luckily there was more to the story.  Heather's best friend, Erica was a hoot too.  Married with 3 children, she added help, support, spice and often good advice to Heather's life.   And when it comes to talking about sex she isn't shy.  But she is funny!  She is also the mother of Ava's best friend Charlotte.
Ava was well written as well and showed not only the charm of a 4 year old girl but the determination too (and stubbornness).
There is a lot of emotion in this story coming from several different directions but it wasn't sappy or too heavy.
Just in case you are wondering, there will be some steamy scenes between them but then something happens and *Poof* one of them is off and running again.  Not to worry they do get their act together and have their H.E.A.  And Heather and Ava gain a loving, welcoming larger family.
And Judy and her family tree secrets?  Not completed in this book.  Normally, that would irritate me,  but no not this time.  I got reeled in and want to know more.
Just have to add that the dedication for this book was interesting.  Wolfie (Ava's stuffed toy) being lost and returned was a true story in the author's real life.  And she mentions that you can find out more about that when you visit her at www.ruthcardello.com

“I voluntarily read and reviewed an advanced copy of this book. All thoughts and opinions are my own.”
Posted by Flame at 8:44 AM