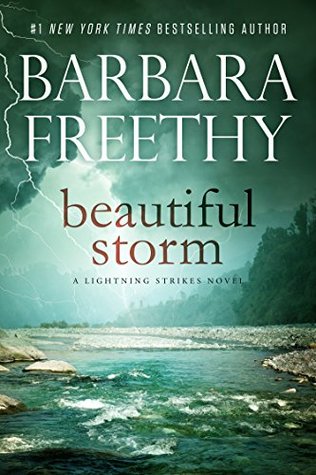 n these connected novels, lightning leads to love, danger, and the unraveling of long-buried secrets that will change not only the past but also the future…From #1 NY Times Bestselling Author Barbara Freethy comes the first book in a new romantic suspense trilogy: Lightning strikes.


When her father's plane mysteriously disappeared in the middle of an electrical storm, Alicia Monroe became obsessed with lightning. Now a news photographer in Miami, Alicia covers local stories by day and chases storms at night. In a flash of lightning, she sees what appears to be a murder, but when she gets to the scene, there is no body, only a military tag belonging to Liliana Valdez, a woman who has been missing for two months.
While the police use the tag to jump-start their stalled investigation, Alicia sets off on her own to find the missing woman. Her search takes her into the heart of Miami's Cuban-American community, where she meets the attractive but brooding Michael Cordero, who has his own demons to vanquish.
Soon Alicia and Michael are not just trying to save Liliana's life but also their own, as someone will do anything to protect a dark secret… AMAZON LINK
4 STARS

This was a really good story that I enjoyed a lot.
Both Alicia and Michael were interesting and complex people.  The author gave a good depth to them.  Even their families had depth to them as well.
I can't even imagine how tough it would be to have people suspicious of you like Michael had to deal with.   To be considered as a murderer even with no real proof.  Even some of Liliana's family looked at him with a hard eye.  He wasn't even sure that his own family thought he was innocent.
I liked how storm driven Alicia was.  I was surprised she didn't get the nickname of "Lightening Lady."  But I liked how lightening did play an unusual part of this story.
The mystery surrounding Liliana's disappearance was a good one.  There were quite a few twists and turns in the story before the truth really comes out.  And what a truth that was!!   I have to say that my jaw dropped just a bit when the culprit was exposed and it neared the dramatic ending.
There is a good Epilogue and a quick peek into another book.  "Don't say a Word" just might have drawn me into another book to be read.
Posted by Flame at 11:18 AM