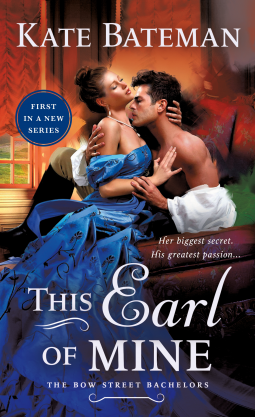 Introducing the Bow Street Bachelors—men who work undercover for London’s first official police force—and the women they serve to protect. . .and wed?
WILL A FALSE MARRIAGE


Shipping heiress Georgiana Caversteed is done with men who covet her purse more than her person. Even worse than the ton’s lecherous fortune hunters, however, is the cruel cousin determined to force Georgie into marriage. If only she could find a way to be . . . widowed? Georgie hatches a madcap scheme to wed a condemned criminal before he’s set to be executed. All she has to do is find an eligible bachelor in prison to marry her, and she’ll be free. What could possibly go wrong?
LEAD TO TRUE AND LASTING LOVE?
Benedict William Henry Wylde, scapegrace second son of the late Earl of Morcott and well-known rake, is in Newgate prison undercover, working for Bow Street. Georgie doesn’t realize who he is when she marries him—and she most certainly never expects to bump into her very-much-alive, and very handsome, husband of convenience at a society gathering weeks later. Soon Wylde finds himself courting his own wife, hoping to win her heart since he already has her hand. But how can this seductive rogue convince brazen, beautiful Georgie that he wants to be together…until actual death do they part?   AMAZON LINK
4 STARS

Good main characters with some surprising depths.
Georgina is fed up with fortune hunters who have been chasing her since she was sixteen.  She had one savvy father though that helped her weed them out.  He passed on his smart, sharp mind to her.   Good thing he encouraged her ability with numbers and the shipping business.  When he died in a shipping accident, the business was left in good hands.  Hers.  She has one NASTY cousin, who is too lazy to work but isn't too lazy to come up with some sleazy ideas to try to compromise Georgina.  He wants control of her fortune and the business.  The more time that goes on he gets more and more desperate.  A true weasel.
There is so much more to Benedict than meets the eye.  Although from all of the descriptions he is a strong, handsome, eyeful.  Although the ton may look down on him because of his father's debts they still like him enough to invite him to most of the social events.  I got a kick out of how amused he was by his first encounter with Georgina's sister and mother.
I found the first meeting between the M.C.'s as unusual as promised.
There is humor, secrets, action and sex in this book.  It also has undercover activities with his best friends Alex and Seb.  Together they are on the trail of some people working against The Crown.
There is a surprise twist or two at the end of the book which made me smile.  Who says nice guys always finish last?

“I voluntarily read and reviewed an advanced copy of this book. All thoughts and opinions are my own.”
Posted by Flame at 10:00 AM